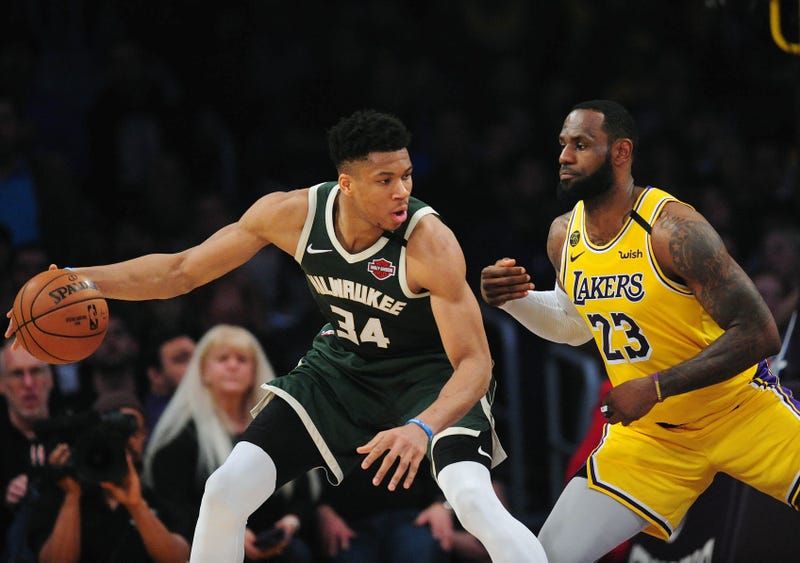 Giannis Antetokounmpo sprained his left knee during Friday’s 113-103 loss to the Lakers, but fear not, Bucks fans. The injury is minor.

Antetokounmpo, the reigning NBA MVP, is averaging 29.6 points, 13.7 rebounds and 5.8 assist per game. Feigin said the sprain is very much a short-term injury.

“Absolutely,” he said. “He took an MRI. I think everybody is happy with a quick rehab and having a couple of nights to stay off of it.”

Feigin does not know if Antetokounmpo will return for Thursday’s home game against Boston (42-21) or if he will need a few more days to recover.

“We expect him to be back soon, certainly within the next few games,” Feigin said. “The interesting thing with Giannis is it’s, like, impossible to keep him off the court. Our biggest complaint is not internally; it’s to basically fight him to take the time to heal.”

They haven’t forgotten about that, either. Or the fact that they might not be getting the national respect that they deserve.

“No question about it,” Feigin said. “We feel it. We feel it every day. It’s part of the pressure. We love being in the upper-echelon of performance, and I think everybody is acutely aware that really the playoffs are what makes or breaks you.”

While some analysts question whether the Bucks can reach – or win – the NBA Finals with Khris Middleton as a No. 2, Feigin has zero doubts.

“You’re talking to the worst guy in the world not to defend the fact that Khris is the most underrated player in the NBA,” Feigin said. “You can take it from his shooting percentage. You can talk to folks in basketball. This guy plays both ends of the court at a very, very high level. He is the greatest teammate and piece of the puzzle for a guy like Giannis and the ability in the way he shoots.”

Middleton is averaging 21.1 points, 6.2 rebounds and 4.1 assists and is shooting 41.8 percent from three-point range and 90.8 percent from the foul line. If Middleton doesn’t get the respect he deserves, it might have more to do with personality than performance.

“He’s low-key, he’s quiet, he’s unassuming – but he is an assassin,” Feigin said. “I think his results are showing he’s an assassin. It’s all about proving it on a national stage and doing it in the playoffs, but I’d be hard-pressed for you to convince me there’s a better 2 in the league than Khris.”