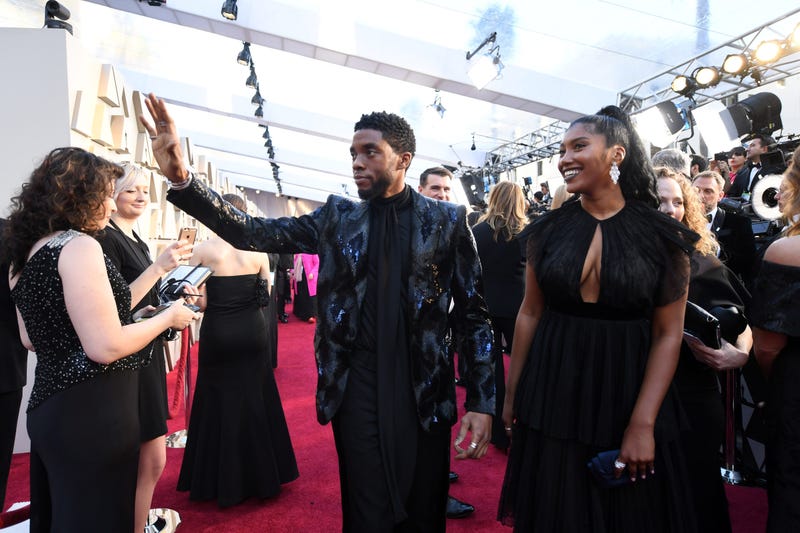 Chadwick Boseman, one of the most acclaimed actors of his generation, died of colon cancer Friday. He was 43.

Boseman is known for his roles in Black Panther and Marshall, among other films, including 42, which tells the story of Jackie Robinson’s journey to the major leagues and the struggles and hardships that he endured there.

Boseman, in fact, passed away on Jackie Robinson Day.

“I think like most, [I’m] just stunned. I’m still stunned by the news,” Negro Leagues Baseball Museum President Bob Kendrick told JR SportBrief. “[It’s] ironic – some might even say poetic – that his battle with cancer ended on Jackie Robinson Day, even though it wasn’t the original slated Jackie Robinson day as normal. I had just introduced the film 42 at an event here in Kansas City at our Kansas City Urban Youth Baseball Academy, where Darwin Pennye, who runs the academy, had invited 42 young ballplayers over to watch the film 42. I got a chance to speak to them about Jackie Robinson but also share the story of what it was like in 2013 when Chad Boseman and Harrison Ford and Andre Holland were all here in Kansas City [for the film].”
Boseman wore a Kansas City Monarchs jersey at the beginning of 42. That jersey now hangs in the Negro Leagues Baseball Museum in Kansas City.
“I think he was immensely proud of his work, as we all were, because he literally brought Jackie back to life,” Kendrick said. “The work that he put in preparing for that film was pretty evident, and it just jumps out at you on the big screen and it also gave a broad base audience. It’s difficult to make a film for multiple ages, multiple generations, and they brilliantly did that with 42. It gave people an opportunity to really grasp just how challenging it was for Jackie Roosevelt Robinson when he walked out on that field with the Brooklyn Dodgers on April 15, 1947.”

“Even as I share with the young ballplayers today, if you believe that one individual cannot invoke change, you need to look no further than Jackie Robinson,” Kendrick said. “Chadwick captured the spirit and the essence of Jackie Robinson, and you can point to the fact that Mrs. Robinson was very pleased with the way he portrayed her late husband, and I think that speaks volumes. But for so many, he introduced Jackie Robinson and the magnitude of the man in his portrayal of Jackie in 42.”