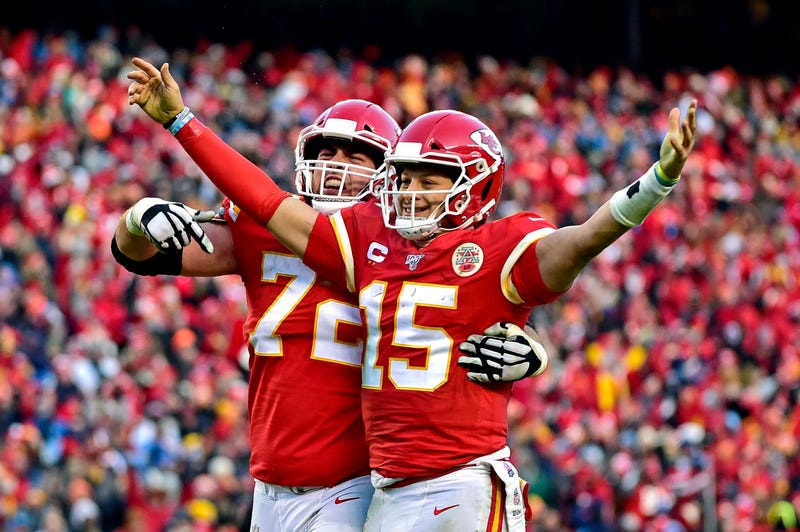 Despite trailing by double digits for the second straight week, the Kansas City Chiefs are heading to the Super Bowl for the first time in 50 years, this after beating the Tennessee Titans, 35-24, in the AFC Championship Sunday.

“It was amazing. It was kind of surreal,” Action News 41 KC Sports Director Mick Shaffer said on After Hours with Amy Lawrence. “It’s been 50 years. Most Chiefs fans, they have not experienced a Super Bowl in their lifetime, so to see it come to fruition, it was amazing. I’m just happy for a lot fo Chiefs fans. The Chiefs have been an anomaly for a long time. They have such a loyal and passionate fan base, they have great ownership, and for the past seven years, they’ve had one of the best coaches in NFL history – and they haven’t had anything to show for it. So to finally get to the Super Bowl, it’s earned, [but] it’s something that I think is deserved for a lot of these people here.”

Chiefs fans enjoyed the twilight of Joe Montana’s career in the 1990s and got a couple of good seasons from Trent Green in the 2000s. But they’ve never had anything like Patrick Mahomes, who threw for 50 touchdowns in his first season as a starter and has the Chiefs in the Super Bowl in year No. 2.

Mahomes threw for 294 yards and three touchdowns Sunday, and added 53 yards and a touchdown on the ground. In fact, his 27-yard touchdown run just before halftime gave the Chiefs a lead they would not relinquish.

“Kansas City, they don’t know what to do with Mahomes,” Shaffer said. “We’re in the Midwest, we feel like we don’t deserve it – everybody’s always waiting for the other shoe to drop. Nothing like this has ever happened in Kansas City’s NFL history.”

Andy Reid, meanwhile, is back in the Super Bowl for the first time since 2004. The 61-year-old has led the Chiefs to double-digit wins in six of the last seven seasons and has developed a wonderful relationship with the 24-year-old Mahomes.

“You have to have the New England model,” Shaffer said. “You have to have coach and quarterback, and they have that. They have definitely one of the best coaches out there and maybe the best football player on the planet.”

The Chiefs will face the 49ers in Super Bowl LIV on Feb. 2 in Miami. It is the Niners’ first Super Bowl appearance since 2012.