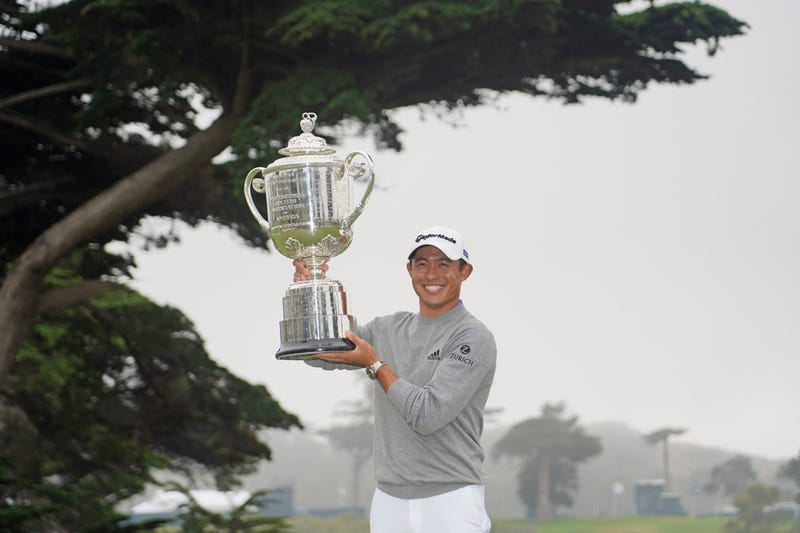 Collin Morikawa won his first major Sunday, taking home the Wanamaker Trophy at the PGA Championship at TPC Harding Park in San Francisco. The 23-year-old shot a 6-under-64 on the final day – and a 13-under-267 overall – to best Dustin Johnson and Paul Casey by two strokes.

“The guy [Morikawa] has an elite iron game, and his driver is fantastic,” golf analyst and podcast host Cam Rogers said on After Hours with Amy Lawrence. “When you lead the field in driving accuracy, proximity to the hole, and strokes gained putting, that’s a pretty darn good recipe to win major championships, and he did that yesterday.”

Morikawa broke a seven-way tie Sunday, as he, Johnson, Casey, Mathew Wolff, Tony Finau, Jason Day, and Scottie Scheffler were all 10-under-par at one point.

“He really started to pick up steam during this PGA Tour restart,” Rogers said of Morikawa. “He won at the Workday Charity Open just a month ago at Muirfield Village, a course that kind of feels like a major championship set-up, too, so it was a nice warm-up for him. I think that’s when people really started to notice this guy. Morikawa, man, he is a gamer, and that eagle on 16 will forever be remembered, there’s no doubt.”

Morikawa notched his first PGA Tour event last July, winning the Barracuda Championship. He is the youngest player to break 65 in the final round of a major victory, and he joins Rory McIlroy, Tiger Woods, and Jack Nicklaus as the youngest PGA Championship winners ever.

Brooks Koepka, meanwhile, was seeking to become the first golfer since Walter Hagen (1924-27) to win the PGA Championship three years in a row but finished tied for 29th.

Click below to listen to Rogers’ interview in its entirety.