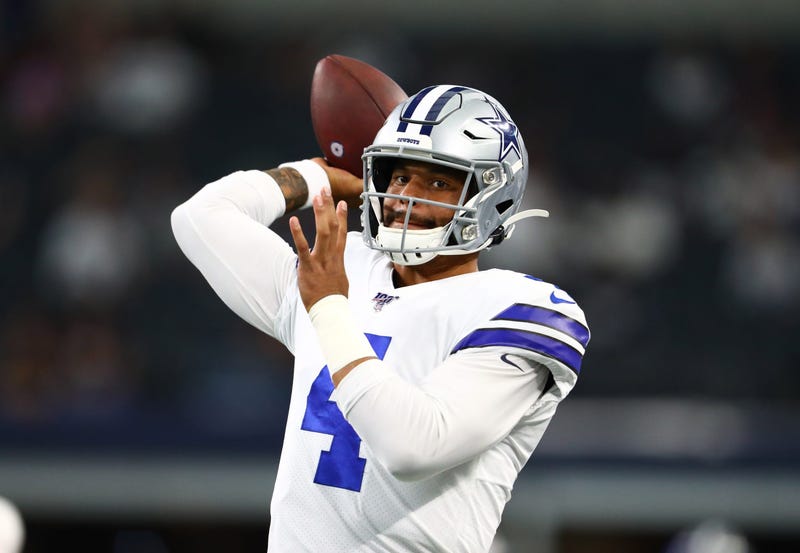 Dallas Cowboys quarterback Dak Prescott signed his $31.4-million franchise tag Monday, but the contract drama is far from over.

Both sides have until July 15 to work out a long-term deal. The issue is not money, but rather, length of contract. The Cowboys reportedly want to sign Prescott to a five-year deal, while the quarterback wants to sign a four-year deal and become a free agent at 30.

“The Cowboys should [sign him], but if you go look at the roster and you look at the history of the NFL, five-year contract trends have dwindled,” Choppy said. “The league is trending away from the five-year deal. If you go look at the Cowboys’ roster, their guys they signed are all on five-, six-, seven-year contracts. They have like six or seven guys right now on five-plus-year contracts. They want five-year deals. They’re very good with the cap. I’ll give them that. The Cowboys are very good when it comes to managing their cap. Part of that is they have five years with these guys to be able to manipulate the numbers back and forth. That’s why the Cowboys are dead-set, I believe, on wanting five years. It gives them a little bit of flexibility and leeway to be able to manipulate the cap so they don’t come into cap problems.”

While many NFL analysts wonder if Prescott, a former fourth-round pick, is worth $35 million a year, Choppy believes he is.

“He’s tremendous,” Choppy said. “He’s not the best quarterback in the league. He’s not Mahomes, he’s not Russ, he’s not Brees, he’s not Deshaun Watson. I think he’s closer to Deshaun than people give him credit for, but he’s in that next group of guys. . . . . Anywhere between 6 and 12 is where I’d put him in terms of the quarterbacks in the NFL. I think he’s worth the money. I really do. It just depends on where your threshold is on $35-million quarterbacks.”