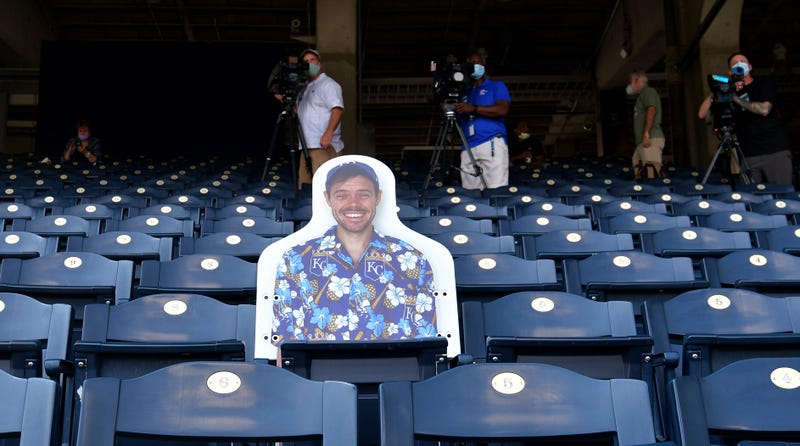 This week, MLS kicked off its restart in Orlando with empty seats circling the fields. The same will hold true when MLB returns to play in two weeks. The NBA will rebound in the Disney bubble at the end of the month without spectators. In two hub cities the Stanley Cup Playoffs will follow suit. NASCAR and the PGA Tour have already walked down this path (NASCAR has attempted limited attendance). The international soccer and baseball leagues have also played for weeks without anyone in the stands. This is the new sports normal.

Few, if any, of us thought we'd ever see this. The largest, richest, most popular leagues in the world have padlocked the gates and are playing in front of silence. For those wondering how it will look and feel for baseball, basketball and hockey this month, the answer is already out there. It will feel hollow and eerie. It will feel like an exhibition game, or a spirited scrimmage. It'll seem like we are watching two-and-a-half hours of coaches’ film from practice. It will be disorienting.

It will, however, be better than the alternative. The other option of course is no sports at all, a full cancellation of all the games. No one wants to stomach what that will look like. Think of these games as a meal at your favorite restaurant during pandemic. Usually you head to this eatery and chat up the hostess while she takes your name. You head over to the bar for a drink and light conversation while waiting for your table. When you finally are seated it's a leisurely meal including a round of appetizers, the entree, and dessert. Perhaps you have an after dinner drink, and spend another 45 minutes just talking. These are the games with fans.

The games without fans is like going to your favorite restaurant, but you need to wear a mask when you get there. There is a finite amount of time you have the table reserved for, so no time for chit chat at the bar. Forget apps and dessert, you only can get the main course. Erase the post-meal drink, they need the table for the next party. The food is just as good, but it comes without any of the ambience or flair you're accustomed to.

In our previous lives this might be enough to sour your feelings on your favorite dinner joint, but during the Summer of COVID-19, we're just happy to be eating out again. Sports being back are enough to make us feel a little better, even if they're not quite full strength. It's our players, our teams, and our uniforms out there. It's our rivalries, dramatic endings, and surprising results. In some cases (like the Premiere League and MLB) those are our familiar stadiums, too. We'll get used to it. NASCAR has still looked fast and fun even without spectators. The soccer broadcasts with a crowd soundtrack have been surprisingly cool. Without the artificial crowd, hearing more of what the players and coaches are saying on the field has been refreshing. We'll learn to love it.

The key is simply getting back to competition. Watching the greatest athletes in the world battle against one another, no matter the setting, is the IV drip we crave. Watching Kevin Harvick and Denny Hamlin dominate the restart has been exhilarating. Witnessing American Christian Pulisic develop into one of the best players in the world has been a thrill. The bombs that Brooks Koepka have destroyed off the tee has major juice. We'll gape at LeBron's passing, Mike Trout's home runs, and Alex Ovechkin's stick-handling. We will have to do it from afar, but the thrill is still there, just packaged in a different way.

Damon Amendolara, known by his fans as D.A., hosts “The D.A. Show,” from 6:00AM-10:00AM, ET, across the country on the nation’s largest 24/7 major-market radio network. “The D.A. Show” is known for its unique perspective on sports, tongue-in-cheek sense of humor, colorful listener interaction, and candid interviews with athletes and coaches. Amendolara also appears regularly on NFL Network as part of the “NFL Top 10” documentary film series, CBS television and SNY TV. He is a Syracuse University grad and native of Warwick, N.Y.