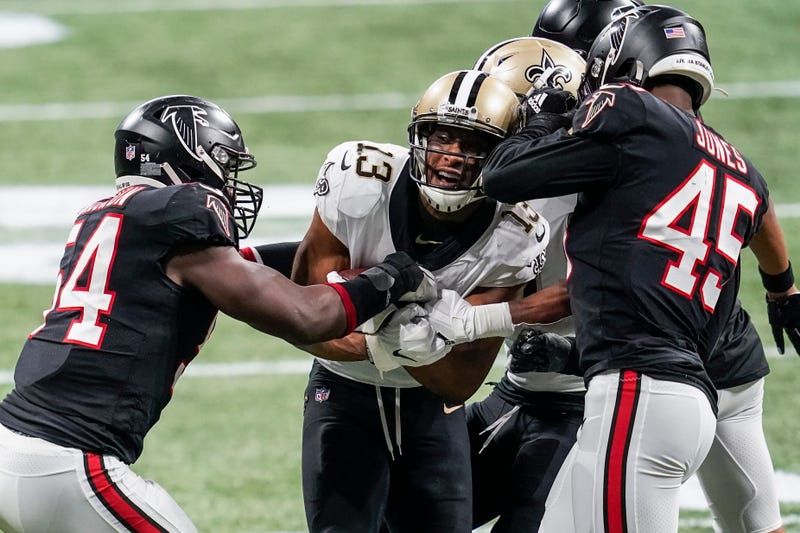 After being named NFL MVP in 2019, Lamar Jackson did not have the 2020 season that he – and the Baltimore Ravens – envisioned. That showed in Jackson’s stats, which regressed, and it showed in Baltimore’s record, as the Ravens went from 14-2 to 11-5.

Zach Gelb, however, remains confident in Jackson’s long-term outlook – both in Baltimore and in the NFL.

Still, the Ravens need to get Jackson a legitimate No. 1 receiver.

“Marquise Hollywood Brown is your best receiver,” Gelb said. “Marquise Hollywood Brown is not a No. 1 wide receiver in this league. And you see the other names that he’s throwing the football to – Miles Boykin, Willie Snead, and Dez Bryant hasn’t been in the league forever; he gets into the fold, and he’s catching touchdowns for them. So this offseason, the Ravens must improve their wide receiving room, and they’ve got to get Lamar Jackson a No. 1 wide receiver.”

Not convinced? Just look at what Stefon Diggs did for Josh Allen. Or what DeAndre Hopkins did for Kyler Murray.

While Gelb believes that Kenny Golladay or Allen Robinson would be great additions for Baltimore, there’s another option who could be even more appealing: Michael Thomas.

Especially if the New Orleans Saints are open to trading him.

“If I’m the Baltimore Ravens, I’m making a phone call,” Gelb said. “Now, you may not have luck. You may not get the answer that you want. But the worst you’re told is no. Can you imagine if the Ravens – who are 11-5 with problems this year, who have a good defense, who had offensive line injuries this year, who have a really solid run game . . . with J.K. Dobbins and Gus Edwards, you have a good tight end in Mark Andrews – if you could put Michael Thomas on that team, imagine what that would do for Lamar Jackson.”

While Thomas played well against the Chicago Bears in the Wild Card – he had five catches for 73 yards and a touchdown – he was silent against the Tampa Bay Buccaneers this past Sunday.

“I know he had injuries this year, but the fact that he had zero catches on Sunday, that’s mystifying to me,” Gelb said. “That says that something’s wrong there in New Orleans. Maybe you got a disgruntled player. I know he just got a new contract, [but maybe] he wants out. Maybe the Saints say, ‘I know we’re losing Brees. We’re in a bad salary-cap situation. If some team blows us away with an offer, yeah, we’ll make the deal.’

“The Ravens, who get very creative with trades, they got to be that team,” Gelb continued. “That could be the surprise trade of the offseason: Michael Thomas teaming up with Lamar Jackson in Baltimore.”