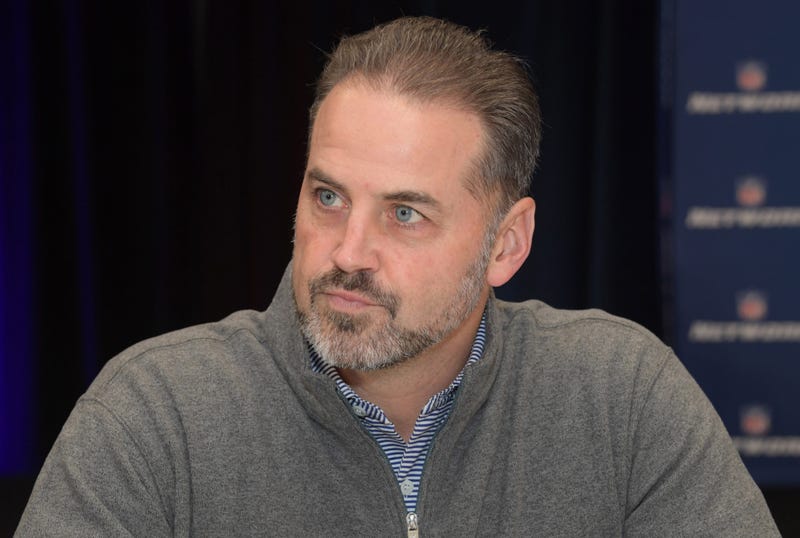 The last time an NFC Championship Game was played at Lambeau Field, Aaron Rodgers wasn’t even the starter.

It was January 20, 2008 – Packers versus Giants – and it was one of the coldest games in NFL history. Windchill at kickoff: minus-23 degrees.

“Just hearing you talk about that game makes me cold,” former Giants Pro Bowler and Super Bowl champion Shaun O’Hara said on The DA Show. “I don’t think anybody felt any colder in that stadium than [kicker Lawrence] Tynes after he missed his second field goal. I think we all had a couple of things to say to him: ‘Don’t come back to our sideline if you miss another.’ I’m pretty sure he heard everybody. But I love him.”

Indeed, Tynes missed two field goals that night, but he did hit three, including the game-winning 47-yarder in overtime.

“That’s probably one of the most impressive feats: the fact that he made that field goal in overtime,” O’Hara said. “It must have felt like kicking a medicine ball because that thing was so damn hard. I was having a hard time snapping it to Eli because every football was frozen solid. It was like a bowling ball. If you’ve ever tried to palm a bowling ball, it’s not easy.”

“It was the coldest I’ve ever been in my life,” he said. “I remember at one point in the game just thinking, ‘You know what? I really don’t care if we win or lose right now. I just want this to be over.’”

Tynes had a chance to win the game at the end of regulation but missed. O’Hara said there was an “audible gasp” from Packers fans. It was as if they wanted Tynes to make the field goal so the game would end.

“People wanted to go home,” O’Hara said. “Packers fans were okay with him making a field goal and losing the game in regulation. They did not want overtime. That was worst-case scenario: to keep everybody else outside even longer. It was so cold my molars were cold. Places where you think would never get cold, they got cold. It’s something that you’ll remember forever. I got frostbite on my fingertip. There were some painful fingers and toes.”

“I believe it was the very first and only NFC Championship celebration to happen indoors,” O’Hara said. “Normally they do that outside, but they were like, ‘Hell no, we’re not having everybody stand outside and hand around this metal trophy in this weather.’ That’s why Tynes took off running off the field and right into the locker room.”