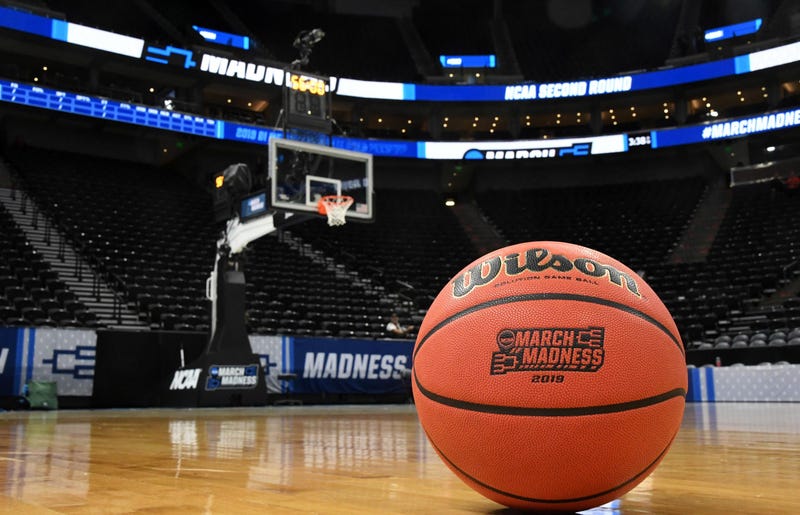 It’s one of the most iconic moments in NCAA Tournament history. Moments after his 15th-seeded Hampton Pirates beat 2-seed Iowa State, 58-57, in 2001, Steve Merfield ran across the court. He was soon picked up by one of his players and suspended in midair, his legs kicking, his fists pumping.

It was pure jubilation.

“In a lot of ways, it seems like it was yesterday, but it’s almost 20 years removed now,” Merfield said on The DA Show. “I guess it’s what I’m known for. It’s very cool. My children, one of them was born at the time [but] was very young and doesn’t remember it and the other was not [born yet]. They can’t believe that their father would act so inappropriate after winning a basketball game.”

No one, especially Hampton players and fans, will hold that against him.

Hampton, which is located in Virginia, won the MEAC title in 2001. It entered the NCAA Tournament having won 13 of its previous 14 games, with the only loss coming in overtime. Iowa State (25-6), meanwhile, was coming off a 62-49 loss to Baylor in the quarterfinals of the Big 12 Tournament.

“It’s all about matchups at that time of the year,” Merfield said. “Watching Iowa State in their previous games, I think they got beat in the quarterfinals of the tournament. We felt very confident. We looked at it and said this is a team that, although they’re a 2-seed and have had a great year, they were not playing their best basketball at that time of the season. And we were.”

“We felt really good,” Merfield said. “You never feel like you’re going to necessarily win as a 15-seed, but we felt like if things went our way, we could be very, very competitive, and that’s what ended up happening. . . . You could just feel the momentum gathering and our guys gaining more [confidence].”

After Williams made the go-ahead bucket with 6.9 seconds to go, Iowa State’s Jamaal Tinsley saw his lay-up hang on the rim before spilling out.

“I forgot that I’m supposed to shake hands with Larry Eustachy,” Merfield said. “I looked around for him and they had left the court, but he was very, very gracious. He sought me out after the game and was very gracious in defeat. I’m sure it was difficult for him, but just was very, very impressed that he did find me and congratulated me.”