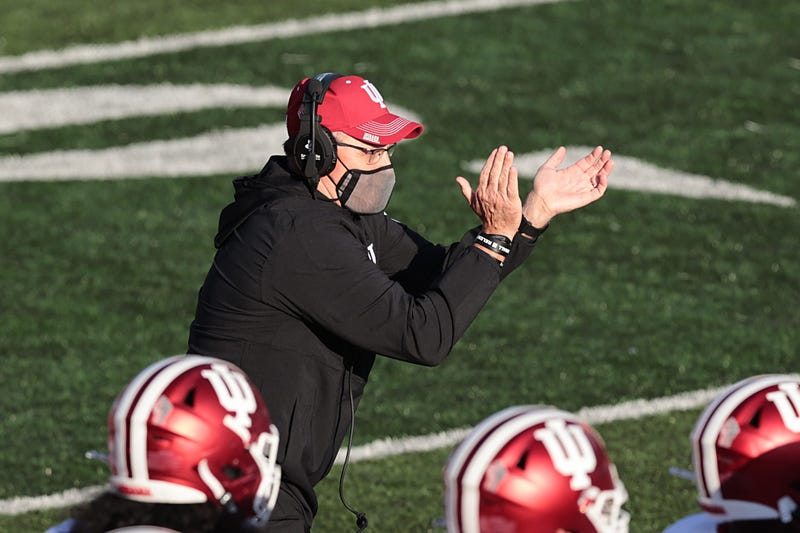 This year has been even more special, as Allen has taken the program to new heights. The Hoosiers (5-1) started 4-0 and were ranked No. 9 in the country – their highest ranking since 1967. They opened at No. 12 in the initial College Football Playoff rankings Tuesday.

It sure seems like Indiana has turned the corner, no?

“I believe we are,” Allen said on Tiki & Tierney. “It’s taken some time. This is year No. 4 for me as head coach, and it’s taken recruiting, player development, getting guys here that are all in, that are bought in, that fit with us and that have the skill, as well as the heart and the toughness and grit to go compete against the best in the country – and we’re getting closer and closer every single year.”

Indiana gave No. 4 Ohio State (4-0) quite a scare last Saturday. The Hoosiers fell behind 35-7 early in the third quarter but trailed just 42-35 with more than 10 minutes to play in the fourth. That wound up being the final score.

“They’re the gold standard. That’s what we’re chasing,” Allen said of Ohio State. “No question we dug a hole for ourselves, and that’s a combination of our mistakes and Ohio State being a great football team. I think what I attribute [the comeback] to is the character of our team. It’s the foundation. We’re built on accountability, toughness, and love, and we recruit to those standards. We’ve built that into our guys.”

“He’s just a hard, hard worker,” Allen said of the 2-star recruit. “He’s completely bought into what we’re doing here. He doesn’t say much; he just goes about his business every day. He’s big, he’s strong, he’s athletic, he’s faster than most people probably give him credit for, and he’s got great ball skills. . . . Ty, he’s balling out right now.”

Allen can say that about a lot of his players, many of whom have out-performed their recruiting ranking. They play with grit – and Allen is the reason why.

“Grit. That’s just such a huge word around this place,” he said. “That’s what defines our program.”

Allen is extremely thankful that the Big Ten found a way to have a season. For months, it appeared that wouldn’t happen.

“I’m not surprised with how we’re playing, but the fact that we are playing – when they first canceled, it didn’t look very promising that we would be playing before Thanksgiving,” Allen said. “We were talking about playing after Thanksgiving or after Christmas and things like that, which were uncharted territory for everybody. But to be able to get back on the field . . . every week is a blessing.”

The Hoosiers will go for their fifth win this Saturday against Maryland (2-1). Kickoff is a 12 p.m. ET.