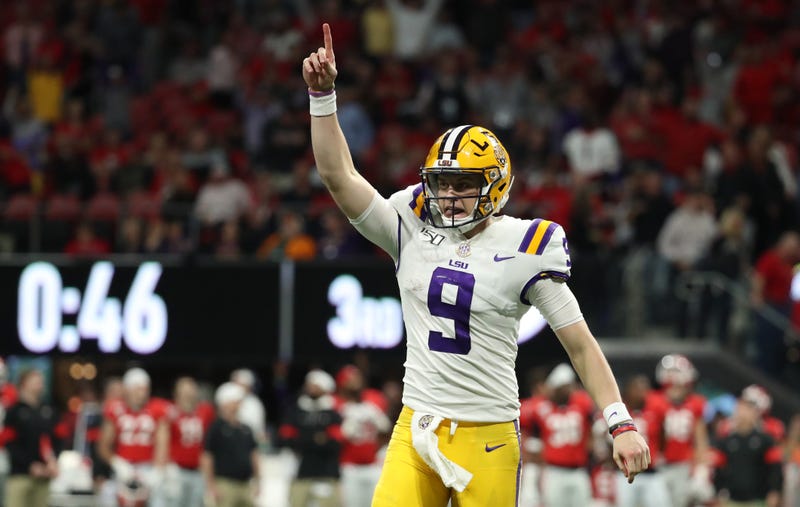 Jason Campbell was the 25th overall pick in the 2005 NFL Draft. He knows what it feels like to be a first-round quarterback selection, and several players – including Joe Burrow, Tua Tagovailoa and Justin Herbert – will likely experience that Thursday night.

“When you’re the quarterback, it’s almost like you’re the president,” Campbell said on After Hours with Amy Lawrence. “You’re always on TV. You’re always constantly under a microscope in every aspect. When you think about the quarterbacks that’s in the draft this year – Burrow and Tua and Herbert and [Jordan] Love and Jalen Hurts, when you think about these guys, yes, they’re going to be scrutinized because they’re getting the keys to the team. They’re getting the keys to the city. You’re going to be leading the charge, so people are going to talk about you.”

Campbell believes that this year’s crop of quarterbacks is a good group, and while each one’s path to the NFL has been unique, they’ve all arrived at the same destination.

“I just tell them to just embrace it,” said Campbell, who played in the NFL from 2005 to 2014. “Embrace it. Because when it’s all over with and done, it’s going to be a different feeling. So enjoy it while you have the opportunity to. While people are patting you on your back and want your autograph every five seconds, embrace that – because when it’s done, you’re going to miss the magnitude of playing in those type of games, playing in that atmosphere, people coming up to you [and asking for your autograph]. Those seem like something little, but it means so much bigger.”