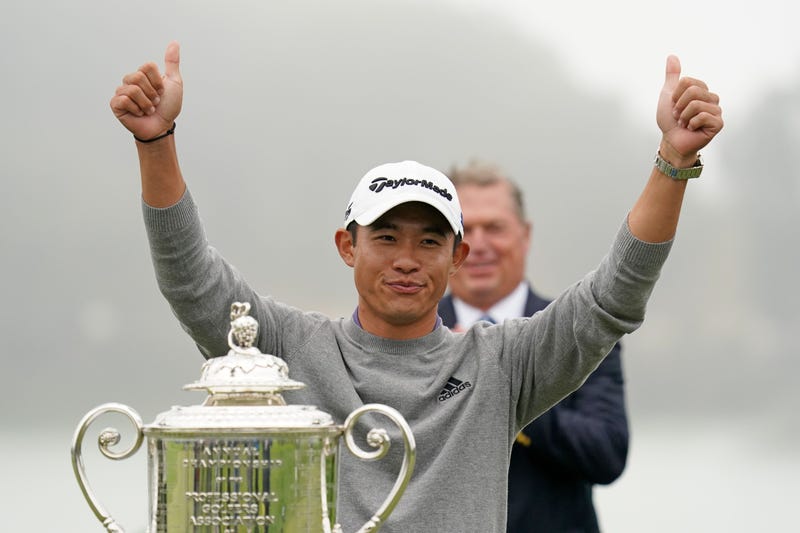 Collin Morikawa joined the PGA Tour just over a year ago. Only 23, he has been compared to other promising young golfers like 22-year-old Viktor Hovland and 21-year-old Matthew Wolff.

Well, Morikawa has separated himself from the pack, this after winning the 102nd PGA Championship on Sunday at TPC Harding Park in San Francisco.

“I’m not sure that there was a lot separating Morikawa and a few other players, quite honestly, until about a month ago,” The Action Network golf writer Jason Sobel said on The DA Show. “He beat Justin Thomas. Chased him down over the last three holes of the Workday Charity Open at Muirfield Village and then matched a really long putt on the first playoff hole and defeated him on the third playoff hole.

“I think that’s when we kind of said, ‘Okay, he’s sort of jumped everybody else. He’s probably more advanced than any of the other younger players we keep comparing him to. He’s probably ready to go out there and win on a bigger stage.’ And yet, I’m still not sure any of us expected Collin Morikawa to do this.”

Morikawa shot a 6-under-64 on Sunday – and a 13-under-267 overall – to best Dustin Johnson and Paul Casey by two strokes and take home the Wanamaker Trophy. Morikawa is the youngest player to break 65 in the final round of a major victory, and he joins Rory McIlroy, Tiger Woods, and Jack Nicklaus as the youngest PGA Championship winners ever.

“There are players – from Tommy Fleetwood to Tony Finau to Rickie Fowler – who are really good, world-class golfers who can’t do it in one of these situations,” Sobel said. “They can’t win a major. I can’t imagine how it feels for those guys to watch Collin Morikawa go out there as a 23-year-old and win right away.”