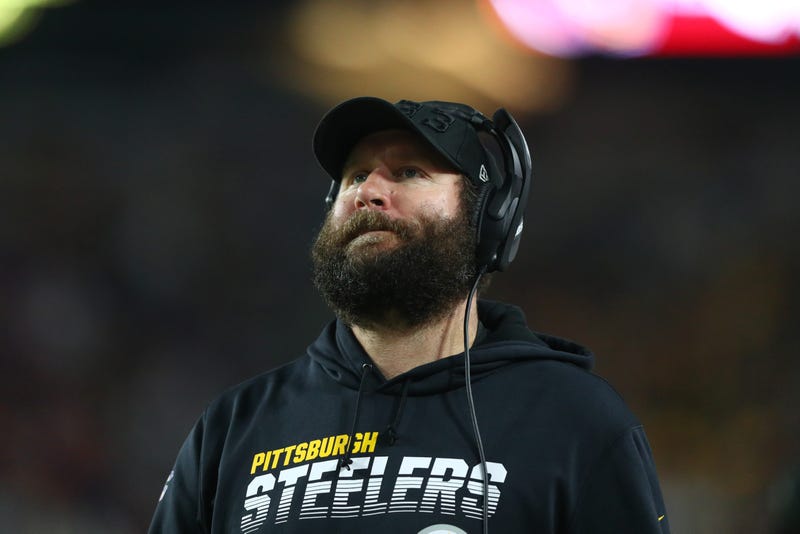 Ben Roethlisberger is a future Hall of Famer, a two-time Super Bowl champion who has spent his entire 16-year career with the Pittsburgh Steelers. This we know.

What we didn’t know is that Roethlisberger has battled addiction. In an interview with ESPN, Big Ben admitted that he has been addicted to alcohol and pornography, which affected his personal life.

This was news to a lot of people.

“I was shocked,” Hall of Fame running back Jerome Bettis said on Tiki & Tierney. “I didn’t know anything about it. I never really saw it. From an alcohol perspective, I never saw him get pissy or drunk. It was a surprise to me, but he’s human. That just shows that he’s human like all the rest of us. We’re all flawed in our own way. He has been man enough to show that.”

Roethlisberger, 38, missed 14 games last season due to season-ending elbow surgery. It was the first time he had missed more than four games in his career.

He is very much in uncharted territory.

“It is a tough injury, but if he can come back and be 75 percent of the player he was – you need a veteran guy who can manage the game,” Bettis said. “If he can throw it 20 to 30 yards, you don’t need the deep balls all the time. They’re going to be able to run the football. You still got a really good offensive line. If you just get 75 percent of what Ben was, I think you’re going to have a highly functional offense with threats all over the football field.”

The Steelers went 8-8 last season, missing the playoffs for the second straight year. But they won seven of their last 11 games following a 1-4 start.

Bettis believes the Steelers will be elite in 2020.

“I see this team as really a dominant football team,” he said. “They have that ability. The silver lining of last year was the defense. It came on strong. They had a playoff-caliber defense. They had zero offense. When your quarterback struggles, you’ve got no chance, but the defense kept them in every game that they played.”

Mason Rudolph and Devlin Hodges combined for 18 touchdowns and 17 interceptions last season, as the Steelers ranked 31st in the league in passing offense. James Washington led the team with 735 receiving yards, and JuJu Smith-Schuster was limited to 552 in 12 games.

“People say, ‘Well, he didn’t really step up,’” Bettis said of Smith-Schuster. “How can you if you don’t have a quarterback throwing you the football? How can he take the next step when you don’t get balls consistently? That’s the hard part. It looks as though he took a step back, but in actuality, he really didn’t have the opportunities that he will have with Ben at the helm. This offense is going to be a whole lot better than it was last year. So you put a good offense with that defense, now you got something.”