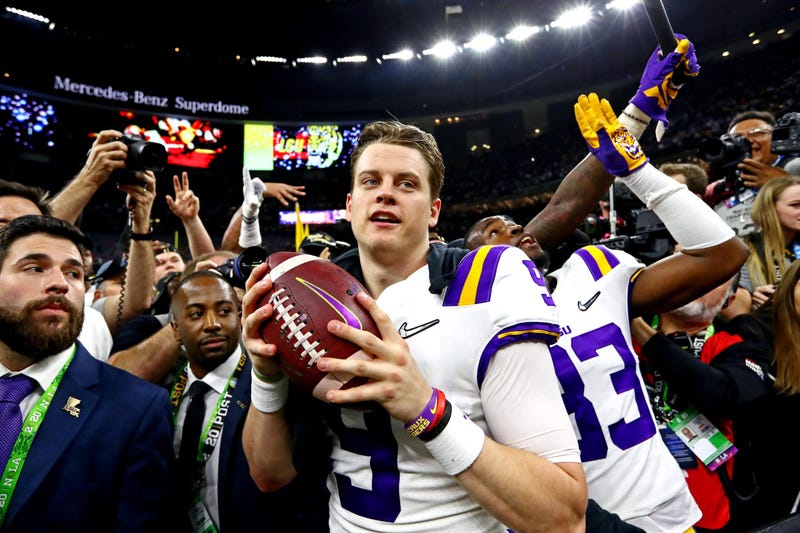 But he hasn’t seen anyone quite like Joe Burrow.

“He is a can’t-miss,” Palmer said on The Zach Gelb Show. “I don’t really do comps on guys, but in terms of can’t-miss, my eyes go to two things when I’m evaluating a quarterback: confidence and maturity. From a confidence standpoint, there’s two types of confidence. There’s reactionary confidence, where you’re completely dependent on the environment. If everybody says you suck, maybe that’s true. If everybody says you’re the man, maybe that’s true. And you go back and forth and back and forth. A lot of players at a lot of positions live with reactionary confidence and it’s why they’ll never reach their potential.”

The other kind of confidence, Palmer says, is self-generated confidence.

Palmer was impressed with Burrow’s maturity as he navigated the bright lights last season. He went from a relatively unknown quarterback to the presumptive top pick in the NFL Draft.

“If you look at how he’s handled it, he’s handed it as if he’s been famous for 10 years – and he’s actually been famous for three months,” Palmer said. “So confidence and maturity are where my eye goes when evaluating quarterbacks, and he’s as good as anybody I’ve been around in both categories.”

Still, critics wonder why it took Burrow so long to showcase his skills to this degree. He threw for 60 touchdowns in 2019 but just 16 in 2018. What happened that year?

“The LSU Tigers led all of college football in drops in 2018,” Palmer said. “Missed communications, they weren’t really explosive, they were kind of forcing things – the ball was on the money way more than it wasn’t, and they just were unproductive. And then the second half of the year, they started to come together. The first half wasn’t pretty. The second half was really good. The writing was on the wall for 2019.”

Burrow spent a lot of time working with his receivers this past offseason. Then the best offense in college football happened. So did a Heisman Trophy and national championship.

“Joe really bought in and got others to buy in around him, and the rest is history in 2019,” Palmer said. “One of the most common questions I get is what part of Joe’s game translates? I think the biggest part of his game that translates is he turned around a high school program that had never won and he turned around a college program that hadn’t done anything like this. To me, when you start to do that over and over again, that’s a pattern.”