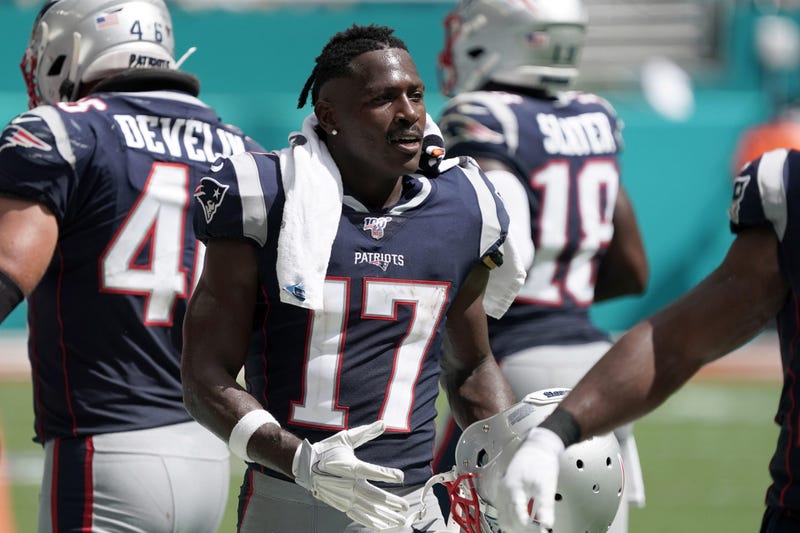 On Wednesday, NFL insider John Clayton told 93.7 The Fan in Pittsburgh that Antonio Brown will make the Pro Football Hall of Fame. Brown may not be a first-ballot Hall of Famer, Clayton said, but he “does have a chance to make it” because he had one of the best six-year receiving stretches of all time from 2013-18. And, Clayton added, the Hall of Fame is about what you do on the field, not off of it.

“He does have a chance to make it, but is he a Hall of Famer? No, I don’t think so,” JR said. “John Clayton is being very polite. He’s been very kind here by saying it’s about what you do on the field because that’s not always the case. Terrell Owens had to wait to get into the Pro Football Hall of Fame, and a lot of it had to do with what people considered to be flaws in his character.”

Owens was inducted into the Hall of Fame, on his third try, in 2018. He skipped his induction ceremony, instead giving a speech at his alma mater, the University of Tennessee at Chattanooga.

“People thought he was a me-first player,” JR said. “They thought Terrell Owens was too much popcorn in the end zone. . . . It took him a minute to get in. People [pointed] at his character, whether or not he was a team player.”

People will almost certainly do the same with AB.

“This is a dude who has thrown jabs at every organization he’s been a part of,” JR said. “If we’re just going to judge Antonio Brown by what he’s done on the football field, hell yeah he’s amazing. There’s no doubt about that. From 2013 to 2018, Antonio Brown had more receiving yards than any player in the league.

“But when you talk about a truncated career that lasted from his age-22 season to most recently age 31 with New England, he ranks 28th in career receptions,” JR continued. “He ranks 35th in career receiving yards. He’s around folks like Rod Smith. If he played a few more years, he’d skyrocket up the list.”

To do that, though, Brown needs yet another team to give him a chance. If not, well, Canton is no sure thing.