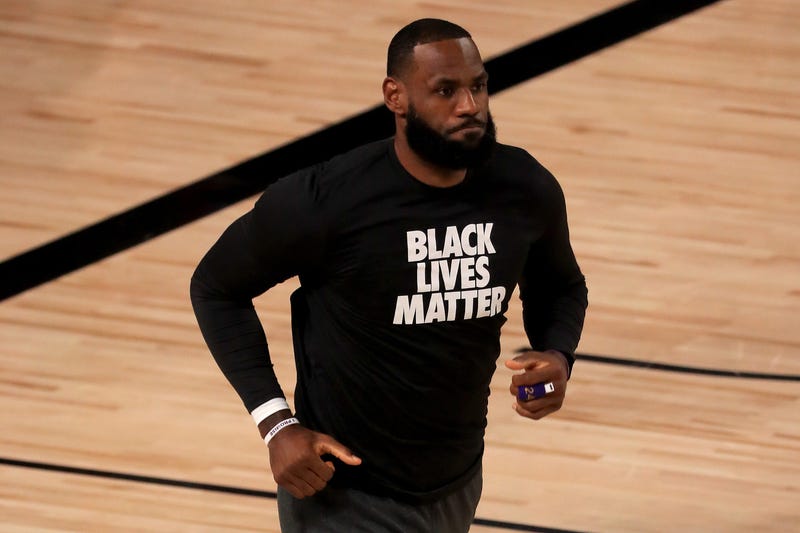 LeBron James led the Lakers to a 103-101 win over the Clippers on Thursday, the nightcap of the league’s long-awaited restart. Anthony Davis scored a game-high 34 points, but James netted the go-ahead layup in the final seconds, finishing with 16 points, 11 rebounds and seven assists in 34 minutes.

With the win, the Lakers (50-14) have all but locked up the 1-seed in the West, as James is in prime position for his tenth NBA Finals – and fourth NBA title.

What if James actually wins a ring this year? What if he wins a title with a third NBA franchise? What if he winds up winning multiple championships with the Lakers?

What would his legacy be then?

“He can have the longevity of Kareem, he can have the most points ever, he can have four or five rings, he can have a career out of high school,” JR SportBrief said on CBS Sports Radio. “The picture for LeBron James of greatness is almost too damn perfect when you think about what we may be talking about in four or five years when, unfortunately, it’s likely that LeBron’s career will be over.”

James is currently third on the NBA’s all-time scoring list, trailing Karl Malone and Kareem Abdul-Jabbar. He will likely pass both before his career is over.

If he is the league’s all-time leading scorer, and wins four or five titles, he would have a strong case as the greatest player of all time.

“Even if I look at someone like Magic Johnson, we know Magic Johnson is arguably the greatest point guard of all time,” JR said. “But I’d also venture to say in a lot of other ways LeBron James is better. LeBron James is a better shooter, better scorer. LeBron James goes to the rim like no one I’ve ever seen. It’s like defenders bounce off of him. So if LeBron James can go out and get another ring, I think it adds to his legacy.”