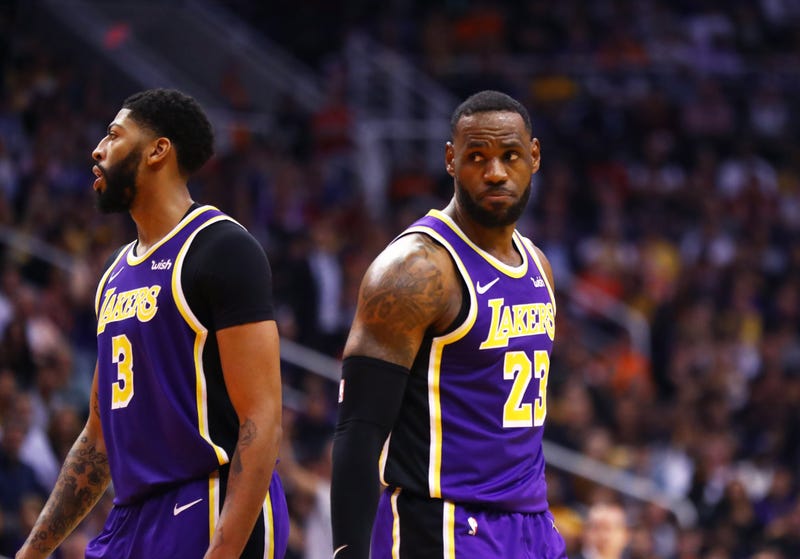 If anyone hopes that the NBA resumes the 2019-20 season, it’s LeBron James.

When the NBA suspended play in March, the Los Angeles Lakers had the best record (49-14) in the Western Conference. James also turns 36 this year.

He may seem superhuman, but the fact is, James only has so many more chances at a ring. That might be why he’s holding private workouts with teammates.

“Think about it. Take a step back,” former NBA player Ryan Hollins said on Tiki & Tierney. “If you’re LeBron James, the Clippers were the frontrunner, you weren’t really playing great, you had your work cut out [for you], obviously the Lakers could use another playmaker, [but] LeBron James is absolutely looking at COVID-19 and saying, ‘Dude, this is my window. If I come in healthy, conditioned and ready, if all of our guys are on board . . . [we can win a championship].’”

“[The] Lakers ain’t going to be hanging out and enjoying the late night,” Hollins said. “They’re in the gym practicing and working. It may not be as a team, but that’s someone who’s prepared. I know LeBron James sees a window right now that he can seize.”

The Los Angeles Clippers (44-20), meanwhile, trail the Lakers by 5.5 games for the top seed in the West. Hollins believes the Clippers will be more affected by this season’s hiatus than the Lakers.

“This absolutely hurts the Clippers,” Hollins said. “This is the worst thing in the world that [could happen to the] Clippers. Kawhi Leonard has an injury where his quad doesn’t quite fire, or if he gets over-fatigued, it shuts down. Now you put Kawhi Leonard in a situation with the injury he has . . . it’s like the battery going dead. Is Kawhi going to be healthy coming back? A week or two in the season that you miss and you come back, you feel fresh. Miss a month or two? Those are cobwebs. Kawhi not getting live action worries me more than a guy like a LeBron James who has been working out and doesn’t have the [injury history] that Kawhi Leonard has.”