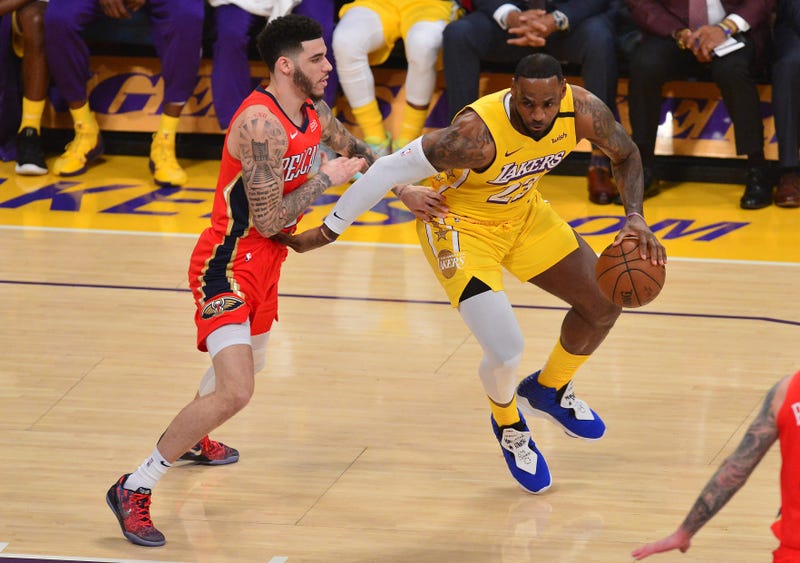 As great as things are now for the Los Angeles Lakers – they are 50-14, have the best record in the Western Conference and are favored to win the NBA title – it’s easy to forget how not great things were last season. The Lakers finished 37-45, and there was no shortage of drama behind the scenes, as James reportedly wanted to trade much of the team’s young core for Anthony Davis.

Former Lakers reserve Mark Madsen, who was an assistant coach for Los Angeles from 2013-19, shared his thoughts on what transpired last season.

“Were there awkward days and awkward moments in the locker room? The answer is yes because the trade deadline was looming, and there were talks of AD coming to the Lakers,” Madsen said on The Zach Gelb Show. “But I think sometimes the media – and they’re doing their job – but sometimes it can get sensationalized. And sometimes with Twitter and social media, it becomes an echo chamber and things take on a life of their own.”

“I don’t believe that LeBron was scheming to get certain people out of there,” Madsen said. “I don’t. I don’t believe that that’s what happened. But of course there were efforts made to get AD, and as part of the business side of this profession, different names were discussed. But apart from a five- or 10-day period when that was happening, I think that ultimately guys have to get over it. Guys have to get over it because it’s a reality of this profession.”

“I was shocked,” Madsen said. “Sometimes you see these things on the phone, and you think it’s not real. I had just seen Magic in the hall. I think it was a surprise to all of us, but I think Magic made the decision that he was ready to move on. . . . That was a dramatic moment, but I think you look at the foundation, Magic Johnson, as general manager, did some amazing things. He got LeBron James to L.A., along with Rob Pelinka. Those two made it happen. They got LeBron to the Lakers, and they did a lot of great things so that the Lakers are in the position they are now.”

As it stands, the Lakers could win their first NBA title since 2010, and the Pelicans have a solid core around which to build.

“That trade was really a win-win trade,” Madsen said. “Lonzo Ball is just a great talent and he’s a tremendous human being. Brandon Ingram, both those guys are young stars. Ingram is a talent, Lonzo is a talent, and you put Zion out there and it’s a fun, young team to watch.”

Madsen, now the head coach at Utah Valley University, recalls giving his first scouting report to James and Rajon Rondo – two of the top basketball minds in the game.

“I was nervous,” Madsen said. "I was nervous. Because you better make sure that you had every single thing prepared. If it wasn’t, they knew it. LeBron knew it. Rondo knew it. I loved it. I loved it because it pushed me to be my best. I grew. I learned. [James is] one of the true greats.”