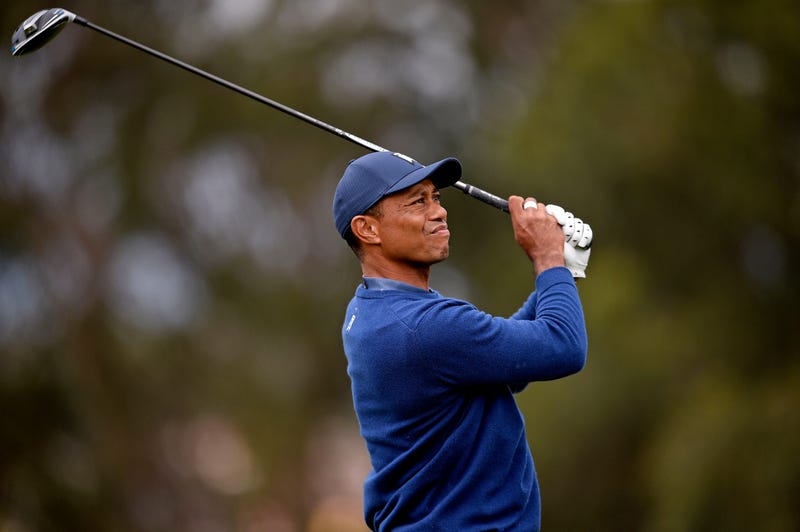 Tiger Woods is vying for his 16th major title at the PGA Championship at TPC Harding Park in San Francisco this weekend, and he remains firmly in contention after the first day.

“He only hit 50 percent of the fairways, spraying somewhat, but that’s kind of Tiger, to be honest with you,” Golf Channel analyst and Fairways of Life host Matt Adams said on After Hours with Amy Lawrence. “What he did do extremely well was he made 114 feet, 9 inches of putts, which is a season-high for him. He has a new putter. It’s almost identical to . . . the putter that he had won 14 of his 15 major championships with. The difference is it has weights on the bottom so that he can adjust the weights. What he tries to do, what he’s been struggling with, is getting what they call the ‘toe’ to turn over on the putter.”

Warning: things are about to get technical.

“What he’s trying to do is get that putter to open and close like a door to keep the putt on line,” Adams explained. “If you do not do that, if the toe of the putter hangs as you’re coming through, then the ball is going to go to the right of the hole generally – or you pull it left. It’s not a natural roll. He wants to get it end-over-end rolling. And so, with this new putter, because of the way that they have the weight set, he feels like he can get that toe to turn over.

“It’s generally more of a confidence in the moment than it is a technical thing,” Adams continued. “Whatever it is for Tiger Woods, he had his best putting performance in that round in terms of total putts that he’s had all season – and putting tends to build on putting. So if he gets that putter working, he’s already a good ball-striker when it comes to the irons in particular.”

Woods ended Thursday three strokes behind Jason Day and Brendon Todd, who both shot a 5-under-65. Woods is seeking a record 83rd victory on the PGA Tour.

“There is hope here for Tiger Woods,” Adams said. “He’s three shots back, and he could go deeper into that leaderboard.”