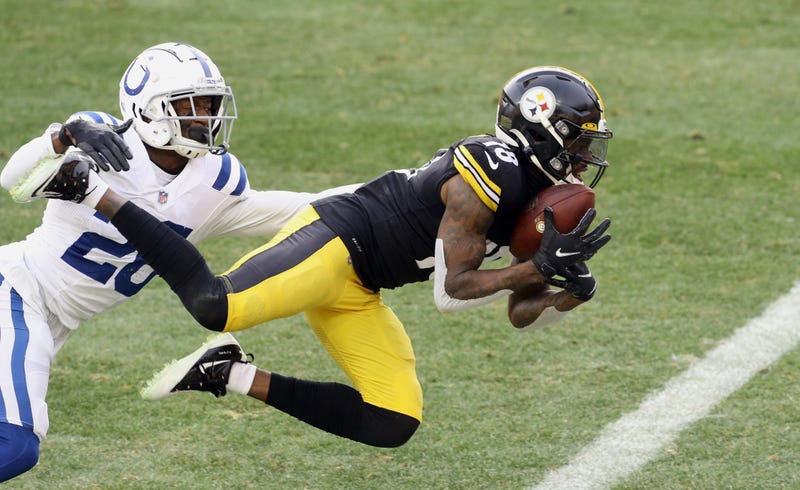 But then the Steelers’ offense came alive. Ben Roethlisberger threw three touchdown passes – all in the second half – to lead Pittsburgh (12-3) to a 28-24 win.

“I saw a team in the second half – specifically in the fourth quarter – playing with a sense of urgency,” two-time Super Bowl champion, CBSSportsHQ analyst, and podcast host Bryant McFadden said on After Hours with Amy Lawrence. “Big Ben was taking shots down the field. He’s been criticized heavily because of the lack of attempts down the field; we haven’t really seen the splash plays from that offense. But they were able to generate some of those plays.”

“He was more accurate, the offensive line did a better job in protecting him, and the receivers were able to create separation,” McFadden said. “Just seeing the sense of urgency from that ball club in the fourth quarter was something that has been lacking, and hopefully they can continue to play with that same mindset going forward.”

The Steelers, who started 11-0, were vying for the league’s first undefeated regular season since the 2007 Patriots. But they lost three straight games to Washington (6-9), Buffalo (11-3), and Cincinnati (4-10-1), failing to eclipse 17 points three weeks in a row.

“Losing is never fun,” McFadden said. “No one is smiling after a loss. So the best way to get that mentality of having fun back is doing what you’re supposed to do – and that’s a competitive team. Remember, they won 11 ball games in a row. You don’t do that by accident. You don’t do that because you got lucky. You do that because you execute well and you play the game how it’s supposed to be played. They got away from that mindset.”

The Steelers close the regular season at Cleveland (10-5) this Sunday. Kickoff is at 1 p.m. ET.