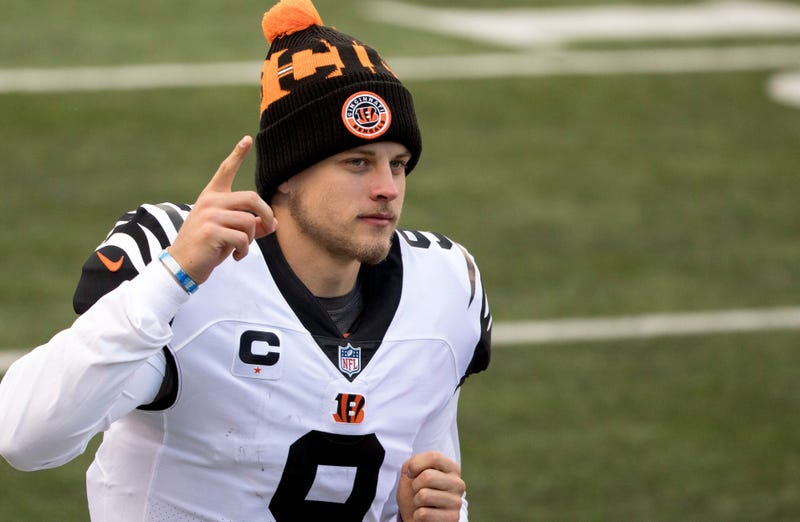 Josh Allen, Joe Burrow, Justin Herbert, Lamar Jackson and Kyler Murray all have at least two things in common: one, they are all really good quarterbacks, and two, they are all under the age of 25.

But let’s say you had to pick one as your franchise QB. Who do you pick?

My No. 1 would be Joe Burrow,” CBS Sports HQ NFL analyst Bryant McFadden said on Tiki & Tierney. “And the reason why I say Joe Burrow is because I think he can excel in any system. You don’t have to cater a particular system to him for him to be successful.”

Burrow, who won a Heisman Trophy and national championship at LSU, has completed 67.0 percent of his passes for 2,272 yards and accounted for 14 touchdowns (11 pass, three rush) to just five interceptions in eight games for the Bengals this season.

“My No. 2 would be Josh Allen,” McFadden said, “and similar to Joe Burrow about not having to cater a system to him, I think he can excel in many different systems as well and still be successful.”

As for No. 3, McFadden would go with Jackson, the reigning NFL MVP.

“That’s mostly because he has the arm talent as the other guys,” McFadden said, “but we haven’t consistently seen that arm talent be put on display week in and week out.”

“He’s just a gifted guy,” McFadden said. “He is the most talented guy on that list that you just read off to me.”

Which means Herbert would be fifth. The rookie has 19 touchdowns (17 pass, two rush) in seven games this season.

“Listen, I love Herbert, I really do,” McFadden said. “You can make an argument for Herbert to be anywhere from 2 to 3, 2 to 4. But when you look at the other guys, especially Lamar, he’s won an MVP. Those guys can be in the MVP conversation. A few weeks ago, Kyler Murray was in that conversation. Josh Allen was in that conversation. So I can’t put Herbert over those guys who are already in the MVP conversation. And then when you talk about Joe Cool, Joe Cool is just a cool guy. I want a cool quarterback who’s never nervous, who’s never spooked about anything – and that’s Joe Cool.”