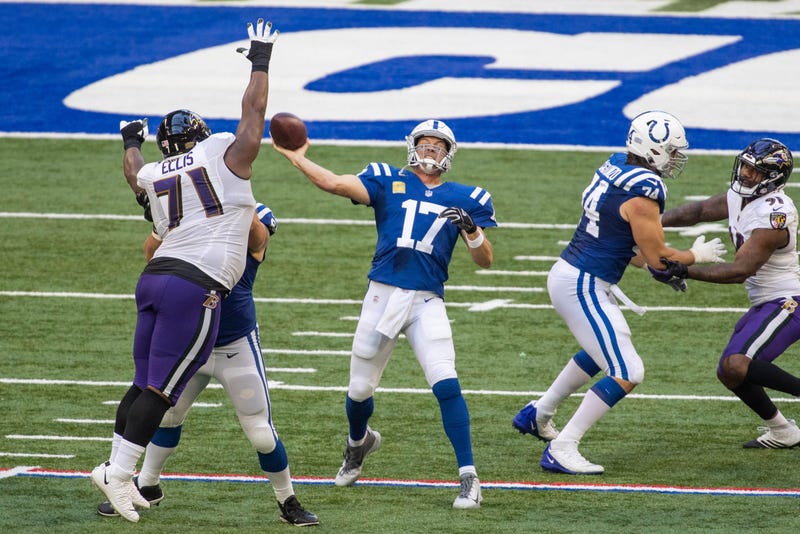 Philip Rivers is still in the midst of his playing career, but already the debate has begun about whether or not he is a Hall of Famer.

Well, if Super Bowl champion Brady Poppinga had a vote, there’s no chance that Rivers would make it to Canton. In fact, Poppinga called the idea of Rivers in the Hall “blasphemy beyond blasphemy.”

“In your career, could they write the history of the time that you played without including you? And if they can, you don’t belong in the Hall of Fame,” Poppinga said on Reiter Than You, explaining his litmus test for Canton. “And absolutely you can write the history of the NFL from [2004] until today and not even blink or not even have anything mentioned [about] Philip Rivers and nothing is lost in the history books. Nothing.”

Rivers is 5-6 in the playoffs. He has played in just one conference championship game – in 2007 – and lost.

“He’s the biggest teaser of a quarterback in the history of the NFL,” Poppinga said. “If you want to talk about the Hall of Fame for teasers, he’s your guy. You look at him – the way he walks, the way he talks, the way he carries himself – you’re like, ‘Dude, this guy is elite.’ But when he actually goes and plays and the rubber hits the road, he falls short of that drastically.”

Rivers has led the Colts to a 5-3 record halfway through his first season in Indy. He has completed 67.9 percent of his passes for 2,087 yards, 10 touchdowns and seven interceptions.

“Philip fricking Rivers, what else do I need to say? This is what happens when you have a quarterback like Philip Rivers. This was a San Diego Charger and Los Angeles Charger issue for all those years when he was their quarterback. You look at him and you’re like, ‘Oh, he’s Peyton Manning. Oh, he’s Tom Brady. We’re going to go build our team like he’s one of those quarterbacks.’ And lo and behold, he has flashes where you think you’re right, and then he has moments where he’s throwing interceptions, can’t protect the ball, and he’s terrible – to the point where you’re like, ‘Oh, man, we got to go run the ball.’”

Rivers, Poppinga said, is at his best when he’s managing a game – and when he’s not asked to win it.

“That’s where he and his teams have had the greatest amount of success,” Poppinga said. “The Colts, it all comes down to them realizing as an organization, ‘Hey, he’s a manager as a quarterback. He’s not an elite quarterback. So therefore, we’ve got to stop putting everything on him like he can take us to the promised land and have him be more of a complementary player. When they finally get to that point, that’s when we’re going to see the Colts play their best.

“But at this point, they’re still kind of going in between [between thinking he’s elite and thinking he’s a game manager],” Poppinga continued. “Really, it’s an identity crisis based off the fact that they don’t know who they have in Philip Rivers. But they shouldn’t feel bad – because the Chargers for all these years were in that same predicament.”