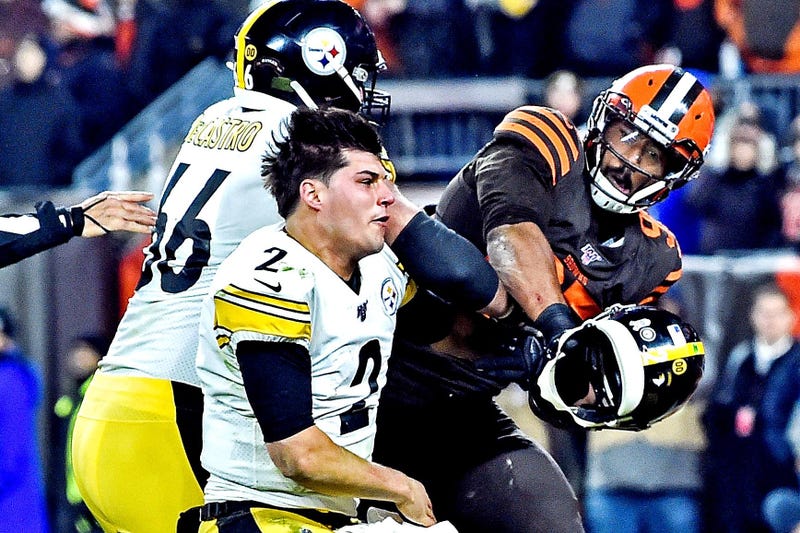 The Cleveland Browns (4-1) and Pittsburgh Steelers (4-0) will square off in a pivotal AFC North showdown Sunday, and Kareem Hunt is apparently fired up. The Browns running back said this game is “for Myles,” “for Cleveland,” and “for a lot of things.”

Hunt is referring to the November 2019 incident in which Myles Garrett swung his helmet at Mason Rudolph’s head during an end-of-game melee.

“Is that what Kareem Hunt has to do to motivate himself and his team? Then so be it,” Woodson said on The Zach Gelb Show. “I’m pretty sure the Steelers don’t think that way. I don’t even know if the rest of the Cleveland Browns’ organization thinks that way, but he puts it out there. It’s so funny how all these players in sports today feel that they have to say things and have to give you headliner material, bulletin-board material, going into a contest. Back in the day, we just played ball. Some guys talked, but most of the guys didn’t. Most of the guys today feel that they have to speak, that they have to say something different. If that’s what motivates the players, if that’s what motivates the organization, if that’s what motivates each individual, so be it. But you still got to go play the game, and you still got to play a really good football team in the Pittsburgh Steelers, who are playing really good football at this point.”

But why is Hunt wanting to rally around an incident in which is teammate lost control of his sanity? Seems a bit strange, no?

“He’s using what Mason Rudolph said or allegedly said, some racist statement,” Woodson said. “That’s what he’s using. If he’s trying to fire his troops up and his base up with that rhetoric, which has not been proven – it’s Myles Garrett’s word versus Mason – then so be it. But this is two good football teams. The team that has the fewest mistakes and the fewest penalties, that’s the team that’s going to win this game. . . . The Steelers understand Cleveland is a good football team. I just don’t know if Cleveland has the same respect for the Steelers that the Steelers have for Cleveland.”