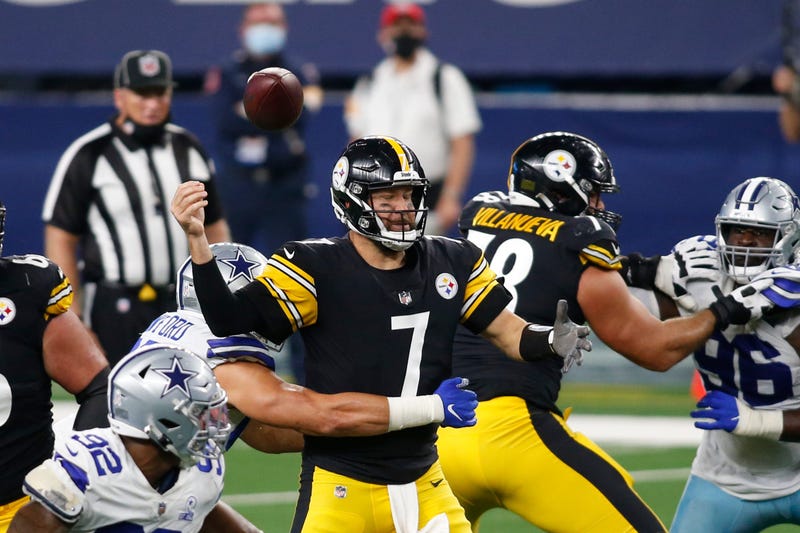 The Pittsburgh Steelers, at 8-0, are the last unbeaten team in the NFL, though their last three weeks have been anything but dominant. The Steelers beat the Titans 27-24 in Week 7, the Ravens 28-24 in Week 8, and the Cowboys 24-19 in Week 9.

The Titans and Ravens are both 6-2, so it’s unsurprising that those games went down to the wire. But the 2-7 Cowboys? With Garrett Gilbert at QB? Really?

“It wasn’t their best performance against the Cowboys, but they’re still undefeated and they’re playing at a really high level,” NFL analyst and podcast host Ross Tucker said on After Hours with Amy Lawrence. “I think they’re the best team in the NFL. I think they’re the most complete team in football. That doesn’t mean in a one-game scenario in January that Patrick Mahomes won’t be able to beat them. That’s certainly possible. But for right now, I think the Steelers, top to bottom, are a real positive this year.”

Tucker believes the Chiefs (8-1) are the second-best team in the NFL, and he gave the New Orleans Saints (6-2) a big boost in his weekly rankings after their 38-3 win over the Tampa Bay Buccaneers on Sunday. The Saints have won five in a row and are currently the 1-seed in the NFC.

“For a while, I thought the Bucs were the best team in the NFC – and they might still be,” Tucker said. “I try not to get too caught up in a one-game sample size. But after Sunday night, for this week, I moved the Saints up from No. 10 to No. 3. Their record is what it is, and even though they had been barely beating these other teams, that was by far the best their defense has played all year. They were awesome. They’re 6-2. The offense clicked as well. It’s not like they were bad before that; they were just winning close games. So I gave the Saints a major [boost]."