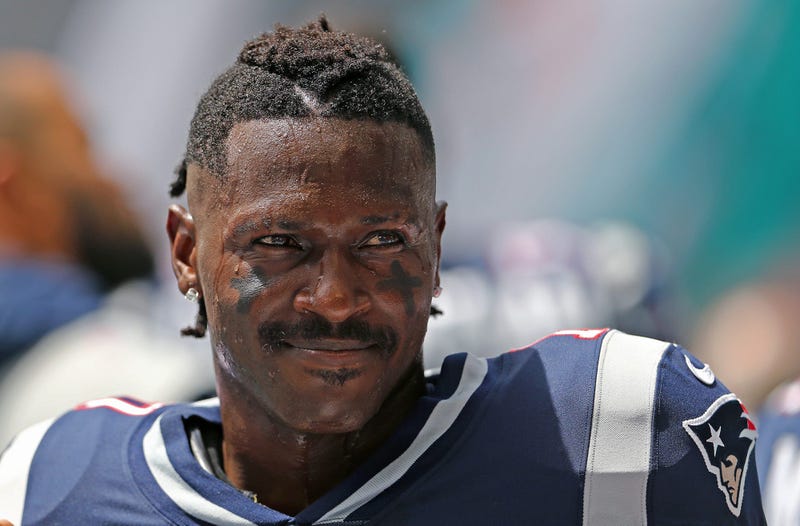 Antonio Brown is getting yet another chance in the NFL, this after agreeing to terms on a one-year deal with the Tampa Bay Buccaneers last Friday.

It’s a curious move by the Bucs (5-2), who already had one of the best offenses in the NFL.

“Bruce Arians has been pretty open about the fact that he didn’t want to do it earlier in training camp, so I think it’s interesting that now they’re changing their mind,” former NFL player and current analyst and podcast host Ross Tucker said on The Zach Gelb Show. “I have a tough time with that a little bit. He’s been a real issue in Pittsburgh, a real issue with the Raiders. You better really feel good about it if you’re Tom Brady and the Bucs because they’ve got a good thing going.”

The Bucs have won five of their last six games. Their only loss during that stretch came at Chicago by a point, 20-19.

“I think they’re the best team in the NFC right now, and you wonder if you could upset the apple cart a little bit,” Tucker said. “I guess clearly Brady doesn’t feel that way. I think that he just wants to get one more weapon, one more guy. He obviously feels pretty strongly about him. Maybe he’s enough to make sure they’re able to go ahead and win the NFC.”

Brady played with Brown in New England for one game in September 2019. Brown caught four balls for 56 yards and a touchdown against Miami that day.

Tucker believes Tampa Bay has a “really good” shot of winning the NFC.

“I already think they’ve got the best shot,” he said. “So if you add him and he’s able to help them and stay on the field – I think right now they’re a slight favorite. I think if it works out, I think they’d be a significant favorite. They’ve got a really good defense, they’re running the ball well with Ronald Jones, and then if you add one more guy for Brady, yeah. If there’s a 25 percent chance right now, I’d put it more like at a 50 percent chance with Antonio Brown.”

Still, this move is not without risk. Brown has faced his fair share of legal issues in recent years and has been a disruptive presence in the locker room.

“There’s a reason why he’s had all the issues that he’s had,” Tucker said. “I’ll believe that he’s able to stay on the field [and] not do something stupid when I see it. I’m skeptical. I guess I would say I’m skeptical. . . . But let’s see. Let’s see how it works out. Obviously Brady feels strongly about it, so that’s a pretty good recommendation.”