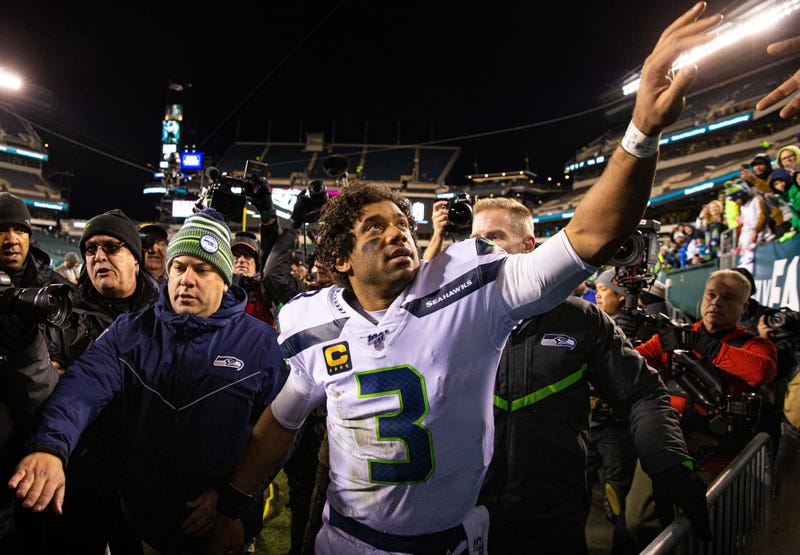 Despite losing three of four to end the regular season, the Seattle Seahawks beat the Eagles, 17-9, in Philadelphia on Sunday to get back to the divisional round for the first time since 2016.

Russell Wilson threw for 325 yards and a touchdown and added 45 yards on the ground, as Seattle won another one-score game.

“They stumbled [late in the season] for sure, but at the same time when teams play so many close games, you’re bound to get unlucky and start losing a couple,” NBC Northeast Seahawks insider Joe Fann said on After Hours with Amy Lawrence. “At one point, they were 10-1 in games decided by eight points or less. They constantly play with fire, whether they get down early and have to come back late or whether they get up early and can’t put teams away – and that’s what you saw against the Eagles. They got up early and just could not shut the door. Philadelphia had a couple of prime opportunities to come back and win that game – or at least tie it and send it to overtime – but a couple of clutch fourth-down stops got Seattle the win.”

The Seahawks led 3-0, 10-3 and 17-6 but couldn’t create enough separation to cruise to victory. Instead, it was white knuckles until the final minute.

Rookie receiver D.K. Metcalf had seven catches for 160 yards and a touchdown, while Marshawn Lynch scored Seattle’s first touchdown late in the second quarter. Lynch, 33, starred for Seattle from 2010 to 2015.

“I think it’s been huge,” Fann said of Lynch’s return. “I think it’s been huge for everybody. You see everyone was pumped that he’s back in the building, you have young guys who are a little bit starstruck early that Beast Mode is here – he’s kind of got a rockstar presence about him in terms of the aura about him. He’s a legend in the NFL, and everybody loves him. Beyond that, he’s played pretty well. There’s been the right combo of both production and nostalgia for the city of Seattle.”

The Seahawks will play the Green Bay Packers (13-3) at Lambeau Field this Sunday at 6:40 p.m. ET. The winner will face either the San Francisco 49ers or Minnesota Vikings in the NFC Championship.