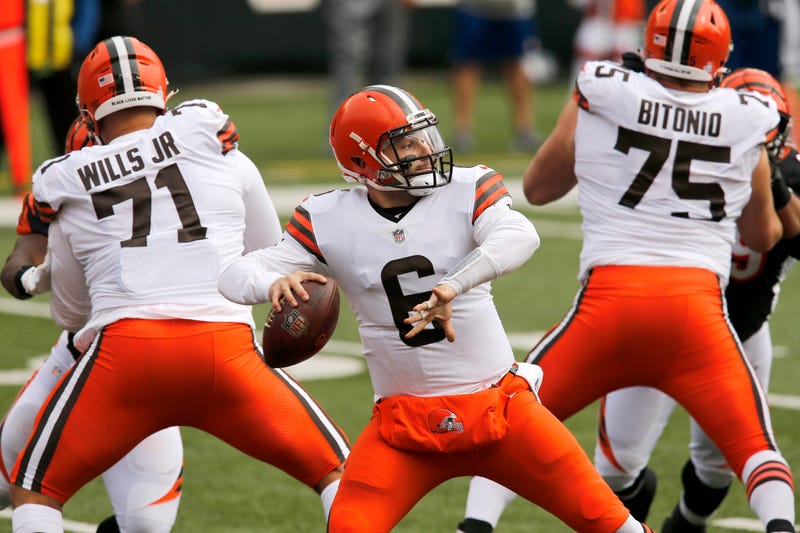 The Cleveland Browns drafted Baker Mayfield with the No. 1 overall pick in the 2018 NFL Draft. In the Browns’ previous 16 seasons, they had 14 different quarterbacks lead them in passing yards in a single season. It has not been a fun ride for the organization, filled with great turnover and very little continuity. In those same 16 seasons except for one (due to injury) Tom Brady has led the Patriots each year in passing yards.

Brady is known for being extremely dedicated, intelligent and an incredible leader. At 43 years old, he continues to defy the odds in the 2020 NFL season. Mayfield has heard whispers of being a bust and too immature to lead a team for his first two seasons. Finally in 2020, Brady and Mayfield have something in common: they are both 5-2 this season. There is a big difference between the two. Brady’s first 20 years in the NFL came under one head coach, Bill Belichick. Mayfield, not even three years into his NFL career, has already had four different head coaches.

Most know Mayfield was drafted to a bad team, but most forget just HOW bad that team was. The season before he got there, the Browns were 0-16. They went 1-15 in 2016 and 3-13 in 2015. They were a combined 4-44 in the previous three seasons before Mayfield arrived. They essentially averaged one win per season. In Mayfield’s rookie year, he went 7-8-1, nearly doubling the win total the Browns had in their previous three seasons COMBINED. He threw 27 touchdowns to just 14 interceptions with nearly 4,000 yards. Russell Wilson, the 2020 MVP favorite so far and future Hall of Famer, hadn’t amassed at least 27 Passing TDs in a season until year 4. Mayfield was named the Rookie of the Year by the Pro Football Writers of America.

Mayfield's second season was not kind to him. He still threw for nearly 4,000 yards and had more passing touchdowns than interceptions. He finished top 16 in both passing touchdowns and passing yards. Granted, nobody wants to say their team has the 16th-best QB in the NFL, but it was just his sophomore season. By that point, teams have had a year to figure you out relative to when they faced you for the first go-around. In fairness to Mayfield in 2019, the Browns’ head coach, Freddie Kitchens, had never even been an NFL coordinator for a full season. Fans and media alike were quick with the boos, criticisms and scrutiny when it came to Mayfield. Some even suggested it was time for the Browns to move on.

Fast forward to this season where they came into Week 7 at 4-2. On Sunday, Mayfield dusted off an early interception and managed to complete a franchise-record 21 STRAIGHT passes. Forget the five passing TDs for the game in their 37-34 win over the Cincinnati Bengals. Three of those passing TDs came in the fourth quarter. Arguably the best player in the game, Patrick Mahomes, hasn’t thrown 3 TDs in an ENTIRE game for nearly a month. Mayfield's only incompletion after the first quarter was a spike to stop the clock on the final drive. This was after starting the game 0-5. According to the Elias Sports Bureau, Mayfield became just the second passer in NFL history to throw three go-ahead touchdowns in a fourth quarter.

The Browns are 5-2. The last time they finished even .500 in a season, Mayfield wasn’t even a teenager yet. Let’s not get too far ahead of ourselves, but the Browns are on pace to win their most games since 1986, when they finished 12-4. This was the season when Marty Schottenheimer coached them to the AFC Title game. Is 12-4 actually possible in 2020 for them? The Browns play in the tough AFC North with the Steelers at 6-0 and Ravens at 5-1 so far. The Steelers are led by two-time Super Bowl champion and future Hall of Famer Ben Roethlisberger. The Ravens are led by 2019 NFL MVP Lamar Jackson. In fact, the only two losses the Browns have had this season have come against these two division foes.

Mayfield is still just 25 years old. Another Oklahoma Sooners quarterback who was a No. 1 overall pick was Troy Aikman. Through his first three seasons, Aikman accumulated a total of 14 wins. Mayfield, with nine games remaining in his third season (not including potential postseason games), is already at 17 wins.