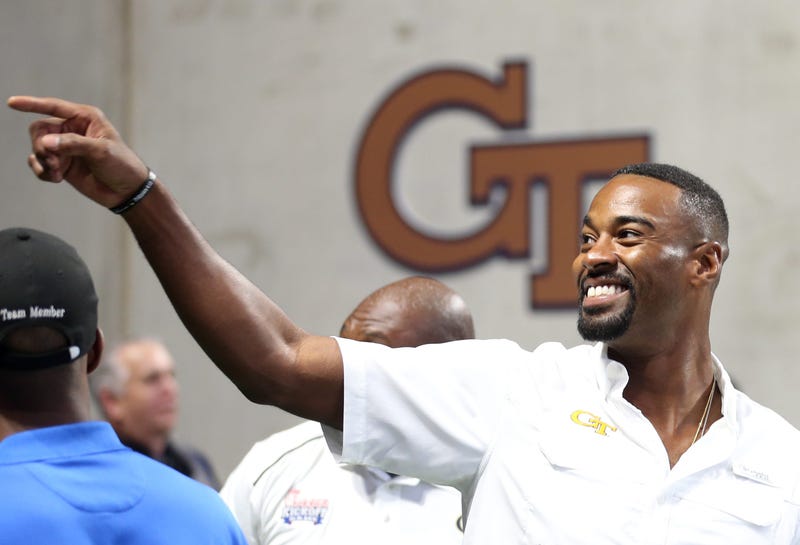 At 35 years old, most of us our still navigating our careers and are far removed from reaching our pinnacle. As it pertains to former Detroit Lions All-Pro Wide Receiver Calvin Johnson, that’s far from the case. He will likely and absolutely be deserving of walking into Canton as a first-ballot Hall of Famer. Larry Fitzgerald is still playing and is more than two years Johnson’s senior. Tom Brady finds himself as one of the two starting quarterbacks in this year’s Super Bowl. He happens to be eight years Johnson’s senior. It’s such a rarity for a player just 35 years old to already be up for the Pro Football Hall of Fame, but Johnson was the ultimate rarity.

His playing days were done by the time he was just 30 years old, but those nine years were undoubtedly Hall of Fame-worthy. Despite being out of the game for more than five years, only three NFL active players have more career receiving yards. They are Larry Fitzgerald, Antonio Brown and Julio Jones. All three have played for at least ten seasons, and Fitzgerald might be going on year 18. Johnson never made it to year 10. Only two active players have more receiving touchdowns than Johnson, the aforementioned Larry Fitzgerald and Rob Gronkowski, both of whom have played at least ten seasons. Johnson remains the leader for most receiving yards in a single season, totaling 1,964 yards in 2012. He led the NFL in receiving touchdowns in just his second season. He was also incredibly durable, missing just nine games in his nine-year NFL career. His numbers were even more impressive when you consider the inconsistency around him. Johnson, to put it mildly, never played with a great quarterback. In his first four seasons with the Lions, he had four different passing leaders for each season.

No matter how you slice it, the Lions were better with Johnson. In the previous eight seasons before Johnson arrived, they had never even MADE the playoffs. In the nine years he was there, they made the postseason twice. The last five seasons of Johnson’s career, they averaged eight wins per season. Without Johnson these past five years, the Lions have averaged just six. They had two double-digit win seasons in Johnson’s last five years; they have yet to manage a double-digit win season since. A wide receiver can’t impact a franchise the way a quarterback can, so the fact that Johnson equated to two more wins per season is about as good as it gets when it comes to having a winning impact as a wide receiver. In the previous 12 seasons before Johnson arrived, the Lions had ZERO double-digit win seasons.

In the two postseason games that Johnson was a part of, he absolutely played like a Hall of Famer. He put up 148 yards per game, 9 receptions per game and 1 TD per game. Both games came on the road, and despite coming up winless, it was Johnson who kept his teams in the game. No player this season has even averaged over 100 yards per game receiving, and Johnson nearly put up 50% more than that in road playoff games. In the two biggest games of his career, he simply dominated.

He was so great that despite being so reserved as a person, it was his on-field greatness that allowed him to become a superstar off the field. He signed a mega-deal with Nike, had his own shoe and even shot commercials with the likes of P. Diddy. His nickname “Megatron” became one of the most recognizable one-word nicknames in all of sports. He had the ability to beat double and triple teams like it was a walk in the park. He was must-watch television. His play alone makes him a Hall of Famer, but off the field he is just as much a Hall of Famer, if not more.

Johnson was the ultimate teammate, and he treated every single person with the same respect, whether you were the starting quarterback or an intern. He was never a “me” guy. The wide receiver position was known as the ultimate “me” position during his playing days, and Johnson, despite being the most lethal wide receiver of them all, was all about the “we.” He was the first guy to give advice and counsel teammates, whether their Lions stint was for ten years or ten days.

Former Lions center Dominic Raiola, at the time of Johnson’s retirement, said that Johnson was the best teammate that he has ever been around. By multiple teammates’ accounts, Johnson was the first guy in the locker room and the last guy out. The NFL is so predicated on image and their players being pillars in the community. The nickname “Megatron” pertains to Johnson’s large hands and towering presence, but his presence looms large today not because of his psychical stature, but because of what he is doing for charities and all the work he is doing for raising funds for the “CJJRF” scholarship program.

The Hall of Fame selections are based on how illustrious of a career that player had and how well they represented the NFL shield. Considering all the turnover that Johnson had to endure and the shortcomings of the Lions franchise, he had every reason to complain and/or force a trade. He never did, he never pointed fingers, he never complained, and he always was a tremendous representative for both his franchise and the NFL. When the class of 2021 is revealed on Saturday, February 6, this particular 35-year old belongs among the game’s greats for the remainder of time. His greatness on and off the field is truly timeless.