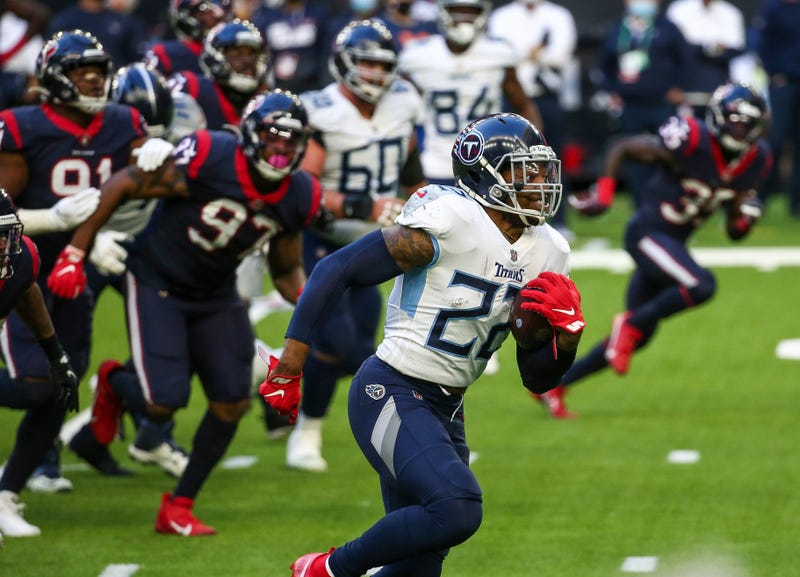 Cold Open    There are a few things surrounding the Eagles’ obvious tank job that need to be clarified and addressed. First and foremost, what the Eagles did had nothing to do with anger coming from the Giants and their fans. Joe Judge, the players, and the fans of Big Blue have all said and understood that they needed to be better than 6-10 before complaining that another team did not help them out. However, the rivalry between these two teams feels like it has injected new juice and will be a lot of fun again beginning in 2021 as a result.    Secondly, if you are somebody comparing Doug Pederson's actions to what the Steelers did resting Big Ben, you have missed the drastic difference. If you are somebody comparing what the Eagles did to what the Jaguars or Jets tried to do in getting Trevor Lawrence, you also have missed the point entirely. As fans, if we aren't rooting for a good team, we want to be as bad as possible deep down for a higher draft pick. Organizations based on roster composition or use of injured reserve spots absolutely tank. However, coaches do not once those 60 minutes start.    Had the Eagles had the game plan of playing Nate Sudfeld all week and starting him, this would not be a debate. Eagles players showing outrage themselves the past few days is proof of this. The Eagles’ organization likely had a handshake deal with Doug Pederson to ensure a loss, which may happen with coaches, but it is rare. Usually coaches in spots where their teams are tanking are fired. Pederson will not be. Once Pederson saw the Eagles were in position to win, he did everything to make sure his team didn't. You simply, as a man, as a head coach, cannot look players – who have their livelihoods on the line risking injury themselves to win a game – in their eye as you decide in the midst of them doing that, that you will not allow them to win. It is a horrible look for the league and a horrible look for Doug Pederson in his career going forward. From this point forward, anytime he addresses a room about putting it all on the line, talks about winning, he is the biggest poster boy of a fraud. Doug Pederson is not the man we should ever want our children to be.     The Eagles’ organization deserves nothing but last-place misery for the foreseeable future. Enjoy your cute one Super Bowl. The football-karma gods should let that be it.

1-Ron Rivera is openly discussing using rotating quarterbacks in their game against the Bucs. Yes, the only way the NFC East could end is with their playoff team using multiple quarterbacks. Bravo, Ron. Way to make Saturday night fun.

2-The Jaguars should make a splash with Urban Meyer or Ryan Day. What they should not do is make the mistake of buying into Justin Fields’ Sugar Bowl performance and hiring an Ohio State tie over passing up on the quarterback everyone has eyed for three years. I don't think they could be that stupid, but then again, this organization would rather play seven home games than eight every year.

3-The Dolphins are sticking with Tua in 2021, and they should. Yes, they have the third overall pick, but my goodness, the idea they should take another quarterback was beyond silly. Build around him with those assets and put Tua in the best position to succeed. Let's not forget they did win seven games with him as the starting quarterback.

4-The Bills being 13-3 is astonishing. Bravo to Josh Allen for getting better each and every week. What a refreshing sight, even if mostly empty, a home playoff game in Buffalo will be. Seemingly, this appears like it could be the first of many.

5-Mike McCarthy ended his first season in Dallas with a true clueless bang. Not challenging a 50-50 call on a Dante Pettis catch that gave the Giants a four-point lead in setting up a field goal late is inexcusable. How could McCarthy, after crying on camera about how important another coaching job is, have looked so inept. Injuries will be what many blame around Dallas, but they were on the verge of 0-5 if not for the Falcons’ epic collapse before Dak Prescott ever got injured.

6-Matt Stafford is the one veteran quarterback who could be on the move this offseason who I think could have a late-career resurgence. He is the latest in line with great – or at the very least good – players to have their career lost in Detroit. An interesting fit would be him in New England or even San Francisco with a chance to compete for the playoffs for real.

7-People have really pumped up the Chargers as the most attractive job opening in the NFL. However, as good as Justin Herbert looked, he isn't a finished product. They have two very good pass rushers but still have questions almost everywhere on the roster. Keenan Allen is oft-injured (but when on the field is great), Derwin James has not played in two years, and in taking that job you could be staring at playing the next dynasty in Kansas City twice a year. Not to mention zero fan base and playing second fiddle in your own stadium.

8-Kyler Murray went from Hail-Murray hero to quarterbacking an 8-8 team in a hurry. Questions about his size and dirability have to be asked after again taking a beating and having to come out of an elimination game Sunday. It sort of feels like the idea of Kliff Kingsbury and Kyler Murray is greater than the actual ability of that duo.

9-The Cleveland Browns are again a sign that this NFL season is anything but normal. It is their first trip to the postseason since 2002, and they will have their head coach and best offensive lineman out of the game due to COVID-19. This has to crush Browns fans, but this does feel different. I can't imagine with Stefanski that they will wait another 18 years to get back to this position.

10-The NFL has people in charge of marketing and usually do a great job. However, calling this "Super Wild Card Weekend," is a bit of a joke. This isn't a once-in-a-lifetime situation; this is the new normal for the first weekend of the playoffs with six games. There is nothing super about it. It is just Wild Card Weekend.

5 Bears @ Saints: Somehow, someway, Mitchell Trubisky is in the playoffs. Now Drew Brees and the Saints, one year to the week after being eliminated by the Vikings in this spot, will try and muster up one final run. The Saints should roll at home, but man, what a twist it would be if the Drew Brees era ends with a loss to Nagy and Trubisky.
4 Rams @ Seahawks: The starting quarterback for the Rams may be in question up until game time. However, before two weeks ago, the Rams had matched up really well with Seattle and punished their offensive line. These two teams know each other all too well and a good division rivalry has all the makings for a great playoff game.
3 Browns @ Steelers: Sunday Night Football on Wild Card Weekend takes us to Heinz Field, where the Browns last played in a playoff game led by Kelly Holcomb. If the Steelers lose here, they will only have themselves to blame after sitting Big Ben and losing to the Browns in Week 17.
2 Colts @ Bills: Wild Card Weekend starts in Buffalo, where there will finally be fans. The Colts are 6-1 when handing the ball to rookie Jonathon Taylor 15 or more times. They will need that recipe to avoid having the Bills’ red-hot offense torch them early.
1 Ravens @ Titans: The Ravens find themselves in this spot once again, hoping to avoid the notion that Lamar Jackson cannot win a playoff game. The Titans picked them off in Baltimore a year ago. If you like rushing offenses, it doesn't get much better than these two teams. Can Derrick Henry put Tennessee on his back once more?

Rams +3.5 @ Seahawks: The quarterback questions around the Rams are plentiful, and L.A. fizzled down the stretch this season, hanging on to beat a collapsing team in the Cardinals in Week 17. However, it wasn't that long ago that I and others thought the Rams may have been the most complete team in the NFC. Jamal Adams is banged up in this game, and without him healthy, the Seahawks’ pass rush is virtually non-existent. The Seattle offensive line hasn't gotten better, giving a chance for Aaron Donald to wreck this game. Also, going over the 3-point threshold here is something I like with the underdog knowing how well these two teams know each other. I expect a very close game.
Bucs -8 @ Washington: I really believe either the Cowboys or Giants would have made this game interesting. The Bucs can turn it on offensively late in games, but their slow starts could be had to put them in a hole as it did in their Monday Night game against the Giants, their only game against the NFC East. Washington's pass rush is the exact recipe for how to beat Brady. However, Washington's offense is cooked. The mere mention of having to rotate quarterbacks in this game would never allow me to take the points. This won't be like the Saturday blowout versus the Lions, but the second half of this game should get ugly for Dan Snyder in his box.
Titans +3 vs Ravens:  The Ravens enter this spot again, red hot, hyped up by the betting public, but can Lamar Jackson finally win a playoff game? Revenge may be on their mind after the Titans eliminated them a year ago. This game, though, is in Tennessee, and while the Titans defense may stink, Derrick Henry is unstoppable. This game will be a run-first affair on both sides, which I believe will inevitably keep it close. In a close game, give me the home team who happens to be getting points. Lamar must win a playoff game before I bet on him and the Ravens in this spot.

Football Food of The Week

Sweet Potato Nachos.  A tip of the cap to Andrew Bogusch’s wife, Katie, for this gem to get the playoffs started. Here is the recipe they sent along for all to enjoy:

Slice sweet potatoes into chips and toss in olive oil and seasoning (we used TJs Chile Lime Blend). Put them in one layer on a baking sheet and cook for about 20 minutes. Cook chicken, steak, ground meat or whatever protein you want. We did shaved steak with TJs Chili Seasoning blend in a cast iron skillet on top of the stove. If you choose chicken, you can cook that in the oven at the same time as the sweet potatoes and shred it afterwards.  Sauté or grill whatever veggies you want (we did peppers and onions in the skillet with the steak). Push the sweet potatoes together on the baking sheet and top with the cooked meat, veggies, and cheese and throw it under the broiler for 5 minutes Top with green onion, jalapeño, pico de gallo, etc.