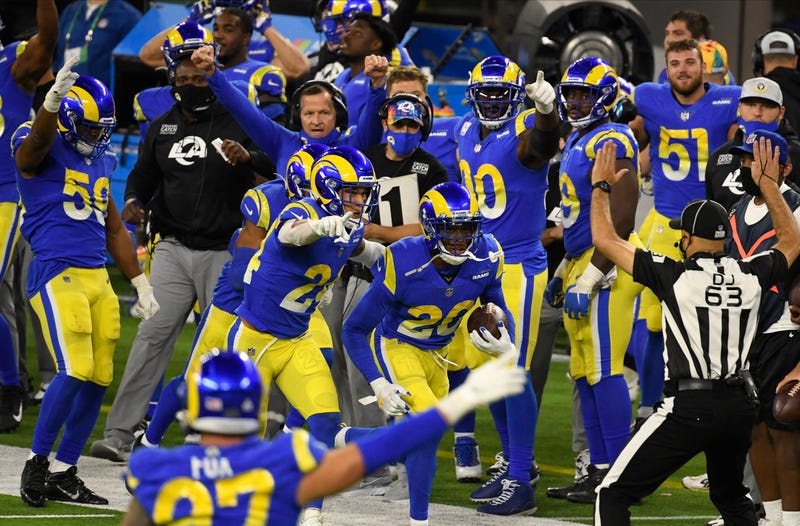 The Los Angeles Rams beat the Chicago Bears 24-10 on Monday, and they looked pretty darn impressive in the process. The Rams threw for over 200 yards, ran for over 150 yards, and held Chicago out of the end zone until midway through the fourth quarter.

All in all, it was a dominant performance.

“When they’re on schedule and they can do all their motions and movements and play-actions off of their run game, they are a really, really tough team to stop if you can’t get some negative plays against them,” Hall of Fame quarterback Kurt Warner said on After Hours with Amy Lawrence. “So [they have] balance offensively, but maybe more importantly [they have] balance as a team. This is a top-10 offense and a top-10 defense.”

The Rams harassed Nick Foles for much of the night, sacking him four times and forcing two interceptions.

“You saw the defense bouncing around, making big plays at big moments,” Warner said. “I look across the board at the best teams in the league, and I think you’re going to have to have a top offense and top defense. I look at [teams like Seattle] and I don’t know how long they’re going to be able to last if they’ve got to score 30-plus points every week to win. The Tampa Bay Buccaneers [and] the Los Angeles Rams [are] a couple teams that jump out to me as teams that can win on either side of the ball, and I think that’s going to be key.”

With the win, the Rams improved to 5-2. That record would be running away with the NFC East, but the NFC West is the deepest and most balanced division in football. The Seahawks (5-1), Cardinals (5-2) and 49ers (4-3) all have winning records.

As of now, the Seahawks, Cardinals and Rams would all make the playoffs. The Niners are currently the 9-seed in the NFC.

“This is a good division,” Warner said. “I don’t know how it’s going to shake out – which teams gets healthy, which team kind of gets on a run late in the season. I think we’re going to see at least three of these teams in the playoffs. It’d be crazy if we saw four.”