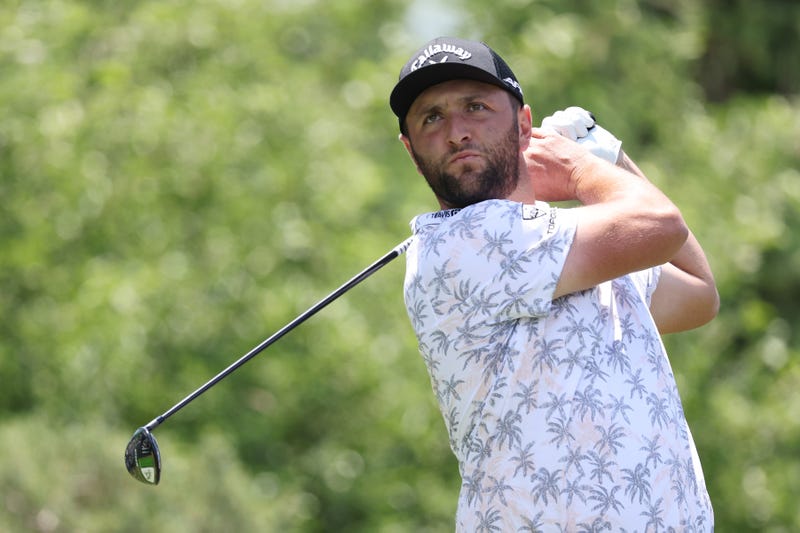 Two weeks after testing positive for COVID-19 and being forced to withdraw from the final round of the Memorial Tournament at Muirfield Village as a six-stroke leader, Jon Rahm is back on the golf course, and in a prime position to win his first-career major this weekend.

"I think [his withdrawal] exposed a little bit of a personal decision that Rahm has made, not getting the vaccine," Fowler said. "We could spend like an hour to two hours just based off of that -- whether you believe in it or not, whether you think it's safe for the game, whether you want to play the actual game itself... No matter what you believe, if you want to play in the games, you're going to try and do everything you can to ensure that. Now, again, the way I think that it was handled, it could've been a little bit better.

"I think doing it on TV -- which, again, for us and for content, it's good for us because we see it and we see the reaction, and that's the stuff that we like as fans. But I think you could've told him at some point after the round, when he wasn't necessarily on TV. Now, again, that's just the way it was executed. I think the PGA Tour is doing the best they can. And I think all of us would agree -- every sports fan, whether it be football, basketball, golf, anything -- that the PGA Tour has done a pretty decent job -- a stellar job, in fact -- in rolling out when the pandemic first hit and coming back to normalcy in the sports world.

"They did very well when it came to protocols and keeping everyone safe... You could be up by six and be absolutely dominating a golf tournament, but based on protocols and the rules that are in place, you essentially lose it. So, you feel bad for the guy. He was in a position to win... And he was going to win that golf tournament. No one was going to catch that guy... So, you feel for the guy. But there's also the discussion of, 'Well, if that's the case, put yourself in the best position to succeed, based off of what your personal decision is...'"

Rahm, who'll enter the U.S. Open as the third-ranked golfer in the world, has five career PGA Tour wins and 50 top-10 finishes since turning pro in 2016.

The entire conversation between Fowler and Lawrence can be accessed in the audio player above.