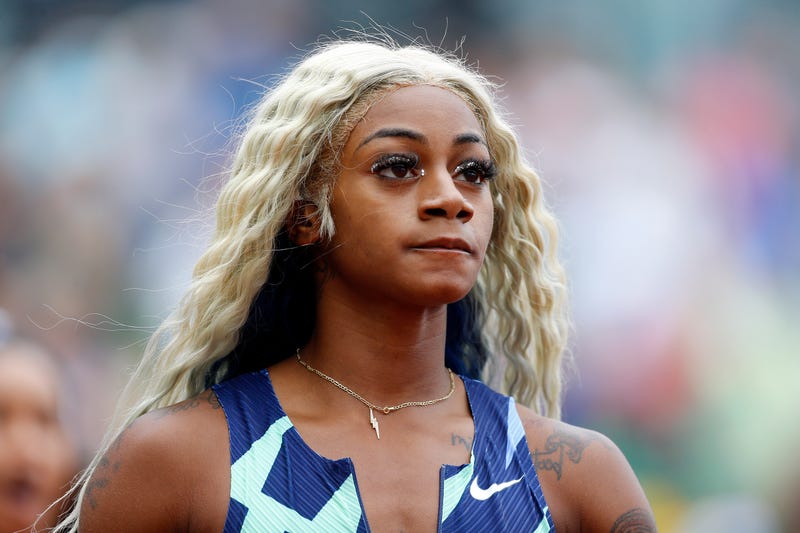 Sha'Carri Richardson's highly-anticipated return to the track this past weekend didn't go according to plan. It actually ended in disappointment.

The renowned American sprinter, who was disqualified from the Tokyo Games after testing positive for marijuana, unexpectedly finished last (11.14 seconds) in the 100-meter race at the Prefontaine Classic on Saturday in Oregon. Jamaican gold medalist Elaine Thompson-Herah won the race, and clocked in at 10.54 seconds -- the second-fastest women's time in history.

"I have no doubt she'll come back," First and Pen writer Yussuf Khan told the JR SportBrief show on Tuesday. "Again, she's 21 years old -- this was her first time being a pro. She just turned pro after a year at LSU. And you know what, they hyped her up and she came in last. You can't not single her out for all the pre-race hype and then finishing last.

"But, I think you've got to look at where she is, what she was coming off of... I'll tell you, with the family she has and the support around her -- and Nike is behind her -- she'll be just fine. And she'll come back next year and start to rebuild her presence in the sport."

Richardson, who turned 21 in March, failed the drug test during the Olympic trials in mid-June. Richardson accepted a one-month suspension, and was stripped of her title in the 100-meter at the trials and was left off the American roster for the Tokyo Games.

Richardson was also scheduled to participate in the 200-meter race at the Prefontaine Classic, but opted to withdraw before running in the 100-meter, according to multiple reports.

The entire conversation between Khan and JR can be accessed in the audio player above.