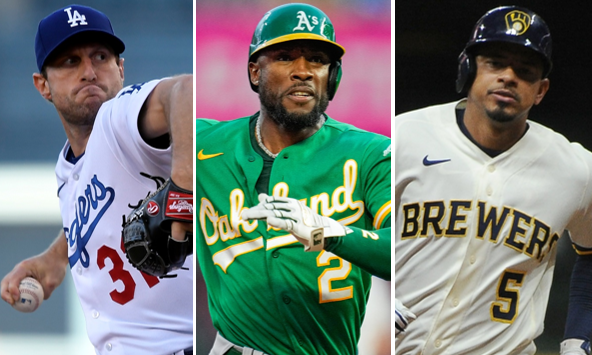 Whether or not money can buy rings, the Mets are certainly willing and able to take chances. And with MLB's current collective bargaining agreement (CBA) set to expire late Wednesday night -- a lengthy work stoppage is impending -- there's no doubt that New York has taken advantage of a free-agent frenzy.

"Losing Noah Syndergaard to the Angels doesn't hurt now so much, does it? Especially when you have a proven winner with less fluff, less social media, less nicknames, less distractions. You've got Max Scherzer. Who's a winner in free agency so far? The Mets. And that's a rarity to say. Nobody wants to see a potential combination of [Jacob] deGrom and Scherzer in the World Series, or a wild card, or a divisional round. But we have to get there first."

Scherzer, who finished third in NL Cy Young voting in 2021, will receive an average annual salary (AAV) of $43.3 million across three years with the Mets. The deal sets a new major league record, and surpasses the $36 million that New York Yankees ace Gerrit Cole is averaging on a mammoth nine-year deal. According to ESPN Stats & Info, at 37 years old, Scherzer is the oldest player in MLB history to sign a $100 million contract.

Although it's unclear when the 2022 season will begin, due to the inevitable work stoppage, the revamped Mets will face immense pressure to win a title. In Cohen's first year as owner, the team underachieved, finishing 77-85 in the NL East standings and missing the postseason for a fifth consecutive season.

JR's complete thoughts on the Mets' spending spree can be accessed in the audio player above.