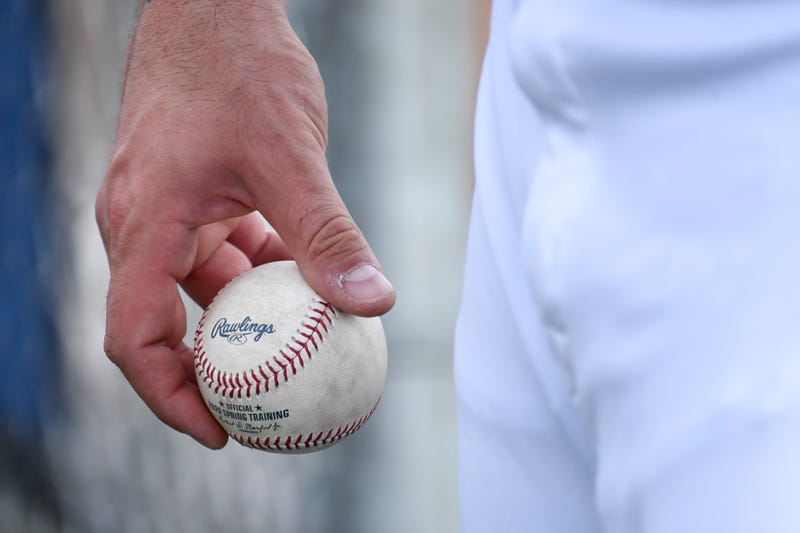 Major League Baseball's widely anticipated crackdown on pitchers using foreign substances will officially start June 21, the league announced in a memo earlier this week. At that time, any player caught applying "sticky stuff" to the baseball will be automatically ejected and suspended for 10 games.

"What bothers me about what's happening is that MLB, on the ownership side, went too far," Samson told After Hours with Amy Lawrence on Thursday. "It's like when you get in trouble with your parents when you break curfew, and they make you got to bed without dinner at 7 p.m. That doesn't seem like a proportional response to breaking curfew... So MLB said, 'You know what, we're going to cut out all foreign substances, because we're going to make it easy for the umpires to figure out what's being used because anything is going to be illegal and it's going to get you a suspension.'

"MLB knows it's gone too far, but it's all about putting themselves in a position when it comes to negotiating [a new CBA]. Because now, players during the negotiations are going to say, 'Can we get a universal substance, please? Can we get a rule change, please?' And then the owners get to say, 'Sure, but then we get something too.' So, what they're doing is adding to the list of asks by players during negotiations... I'm saying it's not disingenuous, I'm saying this is standard operating procedure when you're entering a negotiation and when you're trying to figure how to continue to grow the game and grow the revenues..."

The consensus around the league is that advanced grip aids -- like the newly discovered product Spider Tack -- are the leading cause to MLB's historically poor offensive numbers. According to Baseball Reference, batters are hitting a scant .238 this season, the lowest league-wide average since the mound was lowered following the 1968 season.

The entire MLB conversation between Samson and Lawrence can be accessed in the audio player above.