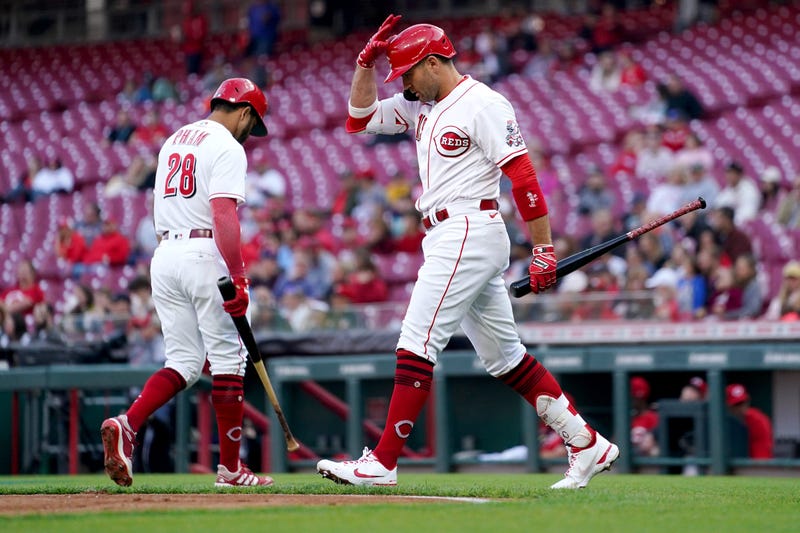 The concept of "tanking" -- intentionally losing in hopes of gaining better draft capital -- has become an all-too-familiar phenomenon in pro sports. So much so, that a long overdue adaptation or cliffnote in the dictionary is increasingly necessary. The Cincinnati Reds, this year's culprit in MLB, has made basking in misery more dejecting and sorrowful than ever before.

Through 28 regular season games, Cincinnati's record of 5-23 is as bad as it looks. Even the lowly Detroit Tigers and Baltimore Orioles -- the Reds' tanking counterparts in the American League -- have been more competitive on the diamond. Cincinnati has won just three games at Great American Ballpark, is hitting .203 (second-worst mark in baseball), and have already experienced an 11-game losing streak.

By season's end, the Reds should give the 1962 New York Mets a run for their money in breaking the major league record for most losses in a season (120). The only difference is, they had legendary manager Casey Stengel sitting in the dugout, and this Reds team has the inexperienced David Bell calling the shots. Not that the skipper matters when he's stuck with a bones and sticks roster with very little support from the front office, but Bell must feel like he jumped off a diving board, into deep water.

Years when Cincinnati's lineup featured stars Barry Larkin, Ken Griffey Jr., and most recently, Joey Votto, feel like a lifetime ago, as they've become one of the worst organizations in sports. If the Reds' players traded places with guys from their Triple-A affiliate in Louisville, it'd be tough to notice, as the likes of Brandon Drury, Colin Moran, and Kyle Farmer make up the starting infield.

Most baseball fans would have trouble naming someone on the current Reds roster. Jonathan India -- the team's fifth-overall pick back in 2018 -- is the only player worth following, and even he's been buried in the Reds' incompetence. With Joe Burrow and the AFC champion Bengals poised to have a golden era of football in Cincinnati, the loveable darlings of summer have been forgotten about. And their stadium looks more empty than a nightclub during weekday cocktail hour. Who would've thought it'd be the Reds giving the winless 2017 Cleveland Browns a run for their money?

With 81 home games, baseball's become a fun, casual social activity for fans. Only the Reds have become so unwatchable and organizationally off-putting, that $18 seats mere rows behind the dugout for Monday's game against the first-place Milwaukee Brewers aren't worth the price of admission. Reds fans have every right to rebel against team owner Bob Castellani's, after he asked them, "Where are you going to go?" on a local radio station last month.

Ironically, there's two logical answers to that question: to a local sports bar, or another city. The former involves boycotting stadium attendance in the short-term, while the latter could speak to the possibility of relocation. 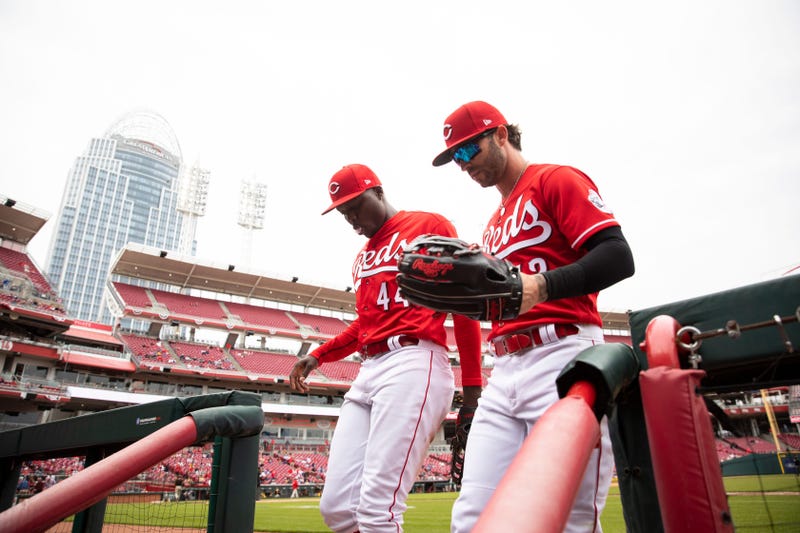 Cities such as Nashville, Portland, and Charlotte are hungry for a major league club, and even the no-name Bad News Bears would be welcomed with open arms. Once the initial luster of a pro baseball team wore off, the sad clown act would wane thin, and it may be hard for the Reds to latch on with a frustrated fanbase. And the sad news here is, there's no light at the end of the tunnel.

With MLB's creation of a new draft lottery system, the worst team in baseball is no longer guaranteed the first-overall pick. Of course, the MLB Draft doesn't share the same glitz, popularity, or importance as the NFL Draft. It isn't even as big of an event as the highly-anticipated NBA Draft Lottery, for that matter. And early selection spots also don't share the same relevance.

The potential of losing out on higher draft positioning in the first year of a new system feels like a good-measure punch to the gut. It's almost as if the newly-rebranded Queen City Losers were MLB commissioner Rob Manfred's roughly punished poster child for making a bad decision. And the rest of the league's owners shouldn't blame him, either. Casual losing in baseball is acceptable as the expensive beer in concession stands, which justify the cost of admission. Whatever Cincinnati's ballclub has become has taken it to a whole new level.

Despite skepticism on the strategy, tanking in baseball has generally yielded favorable results. The 2014 Chicago Cubs and 2015 Houston Astros had the third- and second-lowest payrolls in MLB, respectively, and won the World Series two years later. Suffering through a few down years can come with its benefits. But, it just feels like Cincinnati doesn't have a plan. Even the lowest payroll Oakland Athletics feel like they're heading in a better direction.

Several lowly teams across MLB feel like they have hope with top prospects and highly-ranked farm systems. But in Cincinnati, the Reds are stuck in mud, with no clear way out for the foreseeable future. There's no plan, no roadmap, and no chance at success -- only vibes. And maybe that should be their new catchphrase on t-shirt giveaway day, to try and lure more fans to the ballpark.