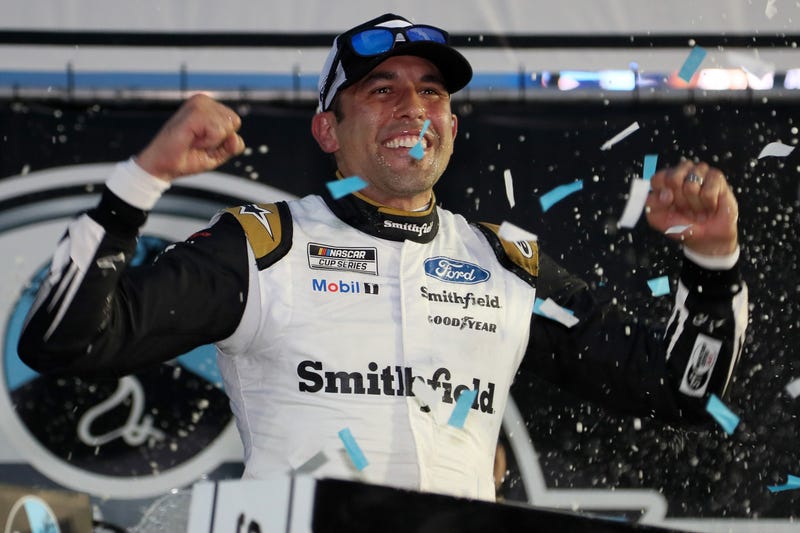 NASCAR veteran Aric Almirola, who entered this past weekend ranked 27th in the Cup Series standings, miraculously snapped a 98-race winless streak on Sunday in New Hampshire, guaranteeing him a seat at the playoff table.

And he didn't get much sleep that night, thanks to the unpleasant sound of a smoke detector in his home.

"I got home about three in the morning. And believe it or not, I showered and got in bed a little after three, and the dang smoke detector's battery went dead or something and started beeping at 4:30," Almirola told The DA Show on Tuesday. "Of course it does. I was mad and frustrated, got that fixed. And then got back to bed and couldn't fall asleep. And then the kids were up, bright and early around 7:30, excited to see daddy. So, pretty much no sleep on Sunday night... There's no lack of keeping dad humble around here...

"[The victory was] such a relief. We were in a situation where we had to win to make the playoffs. There's no way we were going to be able to point our way in, just from the bad luck and disappointing finishes we had this year. And we needed something spectacular to happen, and we were able to get it done."

The entire NASCAR conversation between Almirola and DA can be accessed in the audio player above.