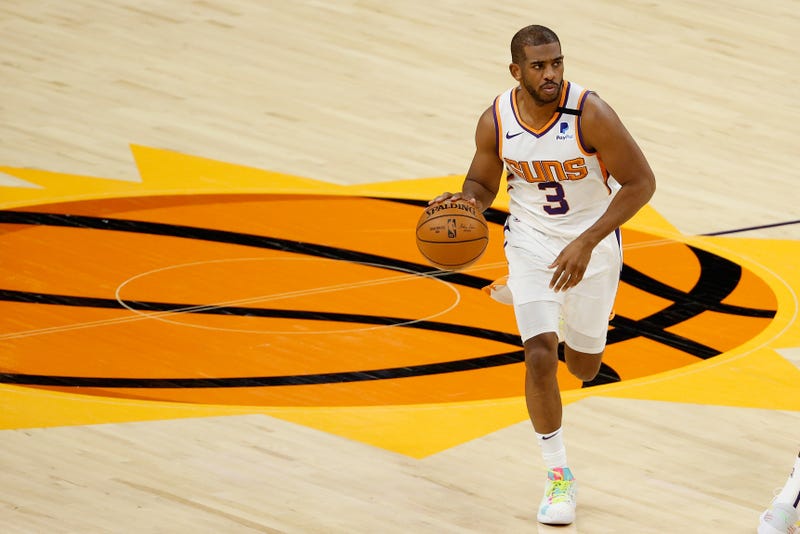 The Phoenix Suns, which currently sit atop the Pacific division standings and own the second seed in the Western Conference, will mark the end of a decade-long playoff drought in late May. And at the forefront of the franchise's impressive turnaround is veteran guard Chris Paul, who's discovered a new path to longevity and success.

In a recent deep-dive interview with The Athletic's Sam Amick, Paul discussed his resurgence on the court, and how a strict plant-based diet and study of his sleeping patterns have played a significant role in his newfound durability.

"The plant-based stuff has greatly aided, essentially, the inflammation that he used to deal with with his body, with his bones and his muscles. And the science does tell us that the plant-based diet is going to help on that front," Amick told the Reiter Than You show on Tuesday. "And he's been all-in. He's got business partnerships with plant-based companies. He was an executive producer on a Netflix documentary called 'The Game Changers' that I would recommend. It was really, really interesting, where it's a bunch of elite athletes talking about how the plant-based diet has helped their careers.

"And so, this is something that he's done for a couple years now. I think that would be factor number one [of his resurgence]. I don't know what is in Chris' secret sauce drink that he has during games, which cracks me up. I don't know if you've seen it, but he actually has a hand-written label over his drink of choice, which I'm sure is some super-healthy concoction. But, he made these changes. It's not necessarily a case of dropping a ton of weight, but you can tell that it's a little bit of weight. He's sleeker. He just bounces back better, and he's incredibly disciplined.

"And it's kind of like what James Jones said -- the Suns general manger -- that Chris' personality in general is that, he's the kind of person who, after facing a couple years of roadblocks in his career, was not going to just give in and have that be the end. He went looking for answers. But if I'm picking factors, the plant-based diet has been huge, and he's kind of hilariously private about it. He'll talk about it a little bit, but it's almost like you can tell he doesn't want every NBA player going down the road he went down because then he would lose that edge that he's trying to make the most of."

On Monday night at Madison Square Garden, the 35-year-old Paul scored the Suns' last seven points in the final 90 seconds to seal a 118-110 win over the red-hot New York Knicks, which entered the game as winners of nine straight games.

The entire conversation between Amick and Reiter can be accessed in the audio player above.