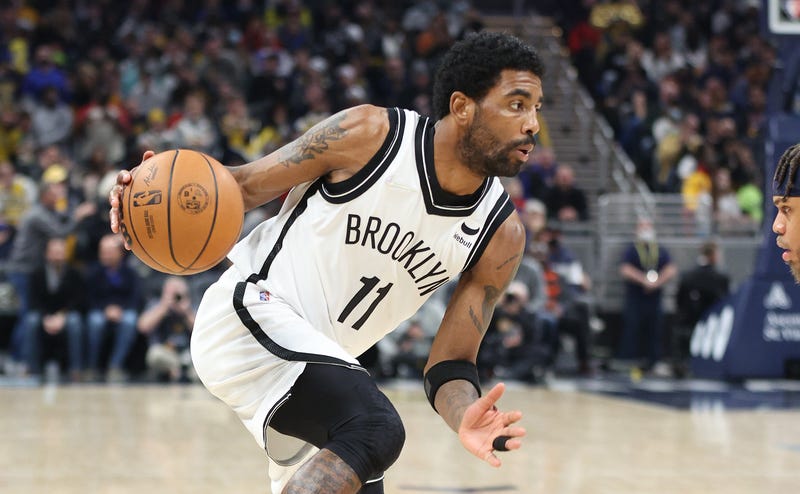 Brooklyn Nets superstar guard Kyrie Irving, who still isn't vaccinated against COVID-19, has returned to playing in a part-time role due to New York City's vaccine mandate at sports arenas. But if the team and league truly want to see Irving perform before home crowds, they technically have the option.

According to a recent story from the New York Daily News, the Nets could, theoretically, grant the seven-time All-Star full-time status again by paying noncompliance penalties listed in Bill de Blasio's executive order. The first offense comes with a warning, and beyond five offenses, the fine is only $5,000. All things considered, that's pocket change to owner Joe Tsai.

"Are the Brooklyn Nets going to pay fines just to allow Irving to play in home games? I don't think so," JR said during the JR SportBrief show on Thursday. "I think that'd be a terrible look, business-wise, for the Nets and for the NBA... But the fact is, Irving adds to the Nets. Steve Nash, it's not about intensity -- it's about his talent. I want to say we're a long way from the playoffs, but the Nets have an entire season to hope the NYC mandate changes.

"The Nets have several months to hope they don't have to make a decision about paying fines. But the fact is, the Nets, are they the best team in the East without Irving? They're not. They can win the conference -- I'm not so sure they would automatically waltz to the Finals... The Nets can go out and win the East with a part-time Kyrie. But a part-time Kyrie doesn't necessarily help them go all the way and win a championship..."

ESPN insider Adrian Wojnarowski reported on Thursday that the NBA likely won't approve of a team sidestepping local vaccine mandates. In a tweet, Wojnarowski mentioned that a leaguewide memo sent back in September states that teams must follow local laws, and players who don't comply are ineligible to play. Brooklyn has 19 home games remaining on its schedule.

Irving made his regular season debut on Jan. 5 against the Indiana Pacers, scoring 22 points in the Nets' 129-123 win. Since then, he's played in two other road games, and racked up 31 total points on 13 of 31 shooting with seven assists and 12 rebounds. According to FiveThirtyEight's projections, Brooklyn (26-15) has a 15-percent chance to reach the NBA Finals.

JR's complete thoughts on Irving's status and the Nets can be accessed in the audio player above.