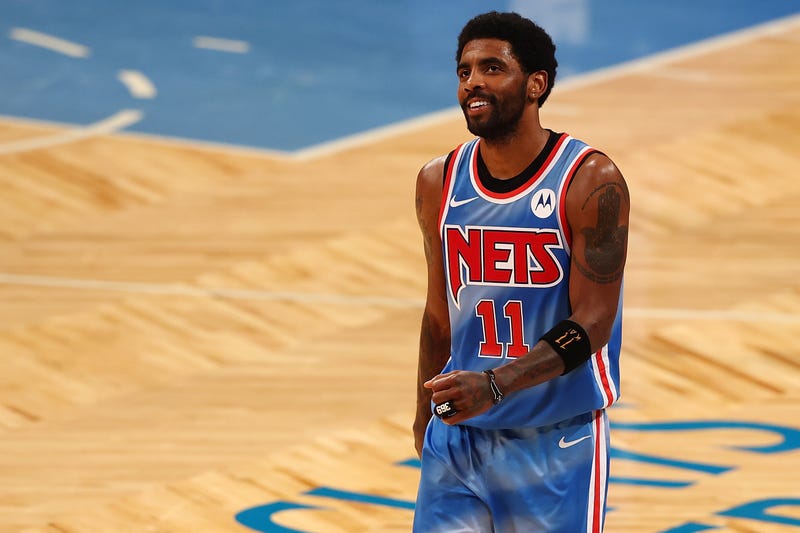 The Brooklyn Nets are bracing for the possibility that star guard Kyrie Irving won't be available for half of their season games, as his refusal to comply with city vaccination mandates and reluctance to get vaccinated against COVID-19 prohibit him from playing or practicing in New York.

According to ESPN's Adrian Wojnarowski and Brian Windhorst, the Nets aren't sure whether Irving plans on getting vaccinated, and they haven't committed to utilizing him as a part-time player this season. So, are Brooklyn's title hopes now in jeopardy?

"The Brooklyn Nets will be competitive with or without Kyrie. Obviously, you lose a Hall of Fame talent, you don't get better," JR said during Wednesday's edition of the JR SportBrief show. "And there's more of a risk if the Nets have one of their Big 3 players out. Because if another third of their Big 3 goes down, they're cooked... They don't need him to compete for a championship. They don't need him to win a title.

"But he sure as hell increases their odds way the hell up. If the Nets have an option of having Irving half the season for away games and not looking at him for home games and practices, you can't have any part-time players. He has to make a decision. Do you want to play or not? If you can't be committed, don't show up... I'd still venture to tell him, 'We don't need part-time players.'"

Irving didn't attend Nets media day on Sept. 27 due to the city's protocols, and during a virtual press conference, he requested privacy when asked about his vaccination status. If he remains unvaccinated, Irving would lose roughly $380,000 for each game missed, based on an agreement between the NBA and players union.

Although the league isn't mandating players to get vaccinations, New York and San Francisco are two cities that have vaccine mandates. In mid-August, New York City mayor Bill de Blasio issued an executive order that requires New York-resident athletes who practice or play indoors to show proof of at least one vaccine shot.

Irving, a seven-time All-Star, averaged a team-high 26.9 points, 6.0 assists, and 1.4 steals in 54 games last year. According to the William Hill Sportsbook, the Nets have the best odds (+225) to win the NBA Finals next summer.

JR's complete thoughts on Irving and the Nets can be accessed in the audio player above.