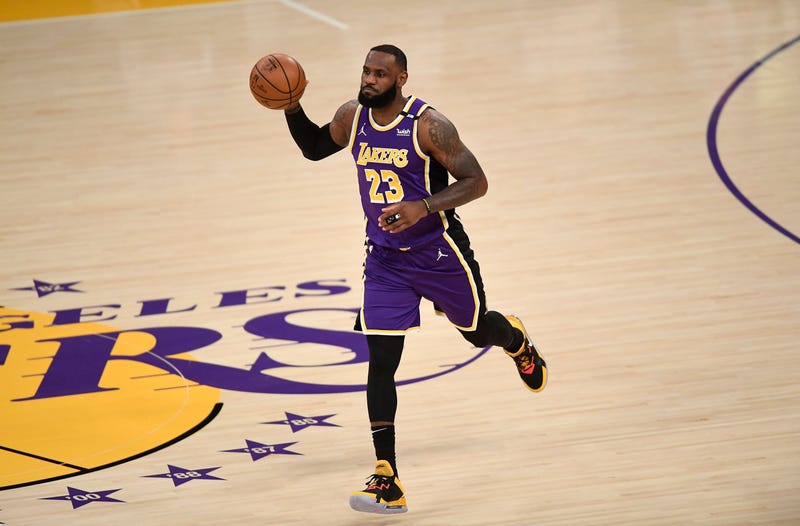 The Los Angeles Lakers earned a much-needed win over the Denver Nuggets on Monday night at Staples Center, but the defending champions just haven't been able to regain full strength.

LeBron James, who recently returned to action after missing 20 games with a high right ankle sprain, sat out Monday's game due to soreness in the same ankle, and is currently listed as day-to-day, according to head coach Frank Vogel.

Whether or not James' injury status is serious, the Lakers are running out of time for their stars to get back into the swing of things. With seven games remaining in the regular season, Los Angeles (37-28) currently holds a half-game lead over the Dallas Mavericks for the fifth spot in the West, and a one-game lead ahead of the Portland Trail Blazers for seventh, which is a spot in the risky four-team play-in tournament.

During Monday's edition of the JR SportBrief show, JR discussed the Lakers' standing as a legitimate championship contender, and the pressure they face entering a tough final stretch.

"The Los Angeles Lakers, do I believe they can bounce back? Yes. Yes I can. Would I be surprised if they were in the Finals? No. No I wouldn't. But there is a massive concern," JR said. "I'm not as optimistic about the Los Angeles Lakers and their season as I was a few months ago, let alone at the beginning of the year, when I thought they were going to take on the Brooklyn Nets. I think the odds of that have started to lower, and it's started to lower with injuries to both Anthony Davis and LeBron James. Now they all actually have to get acclimated to playing on one basketball court at the same time.

"I think the Los Angeles Lakers... hell yeah, they're in some trouble. And unless they have some magic switch we don't know about, it's going to be a tough road ahead. They can do it, but it's going to be tough. Maybe [Suns guard] Chris Paul is like, 'Listen, this is finally my opportunity.' Maybe the Clippers say, 'Oh man, we have a chance to not to be the other team in LA.' But if the Lakers can get healthy, if they can get on a run, they can go back to the Finals. But those odds have really started to lower. I don't know if I'd favor them right now. I wouldn't."

JR's complete thoughts on the Lakers can be accessed in the audio player above.