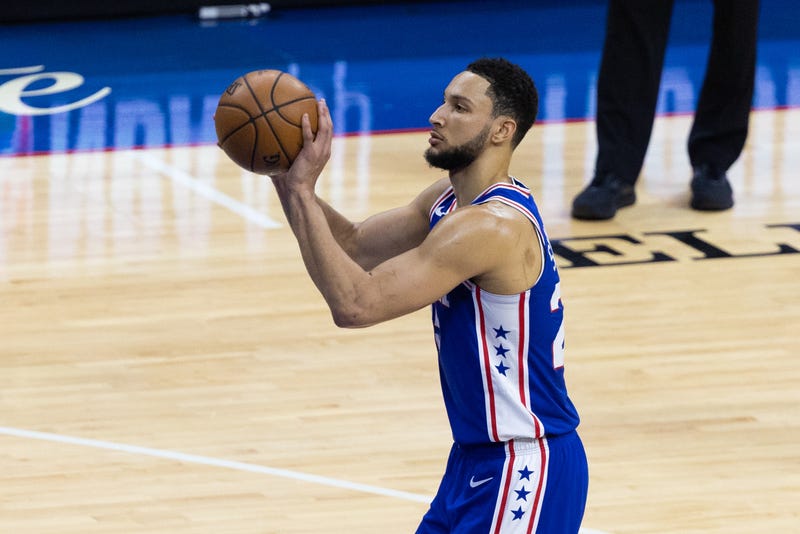 Ben Simmons is making the wrong kind of NBA history, and the numbers are downright hideous.

In the Philadelphia 76ers' epic collapse against the Atlanta Hawks in Game 5 of their East semifinal series on Wednesday night, the former first overall pick scored a measly eight points on four field goal attempts -- that's right, four -- and missed 10 of 14 free throws in 38 minutes of action.

So far this postseason, Simmons is 22-for-67 (32.8-percent) from the stripe. According to StatMuse, he's the first player in NBA history to miss 10 or more free throws in a playoff game, and nobody in playoff history, with this many attempts in a single postseason, has ever been worse.

During Thursday's edition of the JR SportBrief show, JR discussed Simmons' foul-line futility, as well as the Sixers' precarious position.

"When you think about someone who was selected No. 1 overall in 2016, someone who was a Rookie of the Year when he actually was able to play, Ben Simmons was a massive embarrassment," JR said. "Right now, it's obvious: he has not improved since he's gone, came, arrived into the damn league. His career numbers have basically been exactly the same... And you know when these warts really start to show? The fact that he won't take a three, won't take a J, won't knock down or can't knock down a shot at the free throw line -- these warts show up in the playoffs. They're exacerbated.

"This man has been just destroyed in Philadelphia, especially based off of what we saw last night. It seems that last night was the last straw for Sixers fans looking at Ben Simmons, just being the same damn thing offensively every single year... There's no more cover for Ben Simmons, nowhere else to hide. A lot of the conversation in Philadelphia today -- whether you happened to be at a bar or listening to WIP -- a lot of the conversation was, 'Can we get rid of this guy?'

"A lot of the conversation was, 'There's nothing else for us to do here. There's no more development. We missed the boat on Ben Simmons. We missed the boat on an opportunity to trade him.' Because the value of Ben Simmons right now... what the hell are you getting? Are you getting a player who's going to make $33-40 million a year? Is that what you're paying for? Who wants him? The only person who can fix Ben Simmons right now is Ben Simmons..."

Through 10 postseason games, Simmons is averaging 13.1 points, which ranks fourth on the team. And if his shooting woes need to be further emphasized, he's missed more free throws in this year's playoffs than Hall of Fame guard Steve Nash missed in the playoffs in his entire career.

Game 6 of the best-of-seven series will take place on Friday in Atlanta, with tipoff scheduled for 7:30 p.m. ET. According to FiveThirtyEight, Philadelphia currently has a 36-percent chance of advancing to the East Finals.

JR's complete thoughts on Simmons and the Sixers can be accessed in the audio player above.