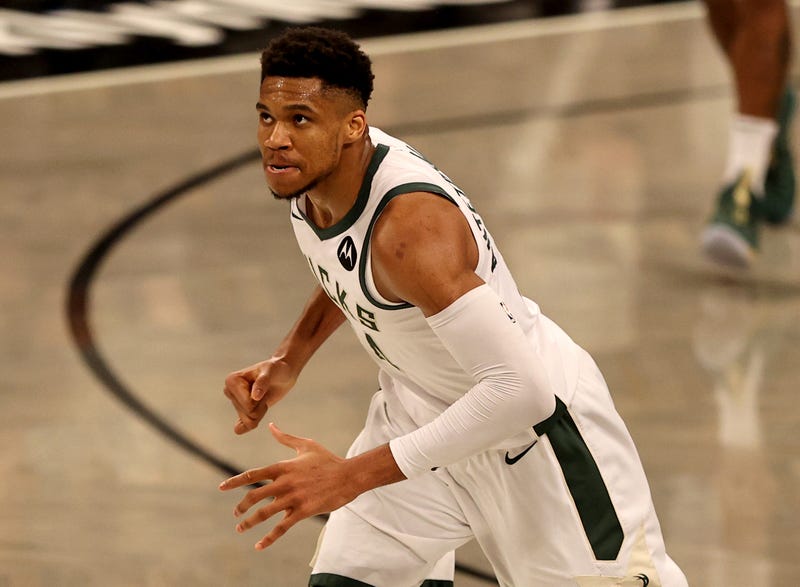 There's an old adage in sports that says a playoff series doesn't start until a team loses at home. And the Milwaukee Bucks, facing an ominous 0-2 series deficit against the Brooklyn Nets in the East semifinals, now have no choice but to subscribe to it.

But who deserves most of the blame for Milwaukee's unexpected struggles? JR shared his answer during Tuesday's edition of the JR SportBrief show.

"If you've got to point the finger at anybody, if you need to say that anybody deserves some of the blame, I'm not looking at the coach. I'm not looking at anybody but Giannis Antetokounmpo," JR said. "This is basketball. This game's really dictated by the superstar. It can become an isolation game -- one player can take over the game on the offensive side of the ball or the defensive side. And right now, Giannis Antetokounmpo just seems a little too passive on the court, anywhere, anytime.

"Giannis is the superstar. Giannis is the MVP. Giannis is the defending this, he's the defending that. But he hasn't won anything yet. And you can talk about [head coach Mike] Budenholzer and his system -- he's not out there missing threes. He's not out there missing jump shots. Can he shoulder some of the blame, yes. But Bud doesn't play. And I'm going to take a look at Giannis Antetokounmpo, and his lack of offensive diversity, his lack of aggression, and I'm going to say that's one reason -- him not leading the charge -- that the Bucks are in the hole that they're in now.

"And if the Bucks don't win, Giannis better get used to it. Because Giannis is going to be chided for not being able to get over the hump. And he's supposed to be an MVP-caliber player. Giannis needs to get it together. He can't shoulder all of the blame, but I'd put the majority on him. Step up and be a leader, Giannis. That's what I say."

Game 3 will take place on Thursday night at Fiserv Forum in Milwaukee, with tipoff scheduled for 7:30 p.m. ET. According to FiveThirtyEight's projections, the Nets currently have an 87-percent chance of advancing to the East Finals for the first time since 2003.

JR's complete thoughts on the Bucks-Nets series can be accessed in the audio player above.