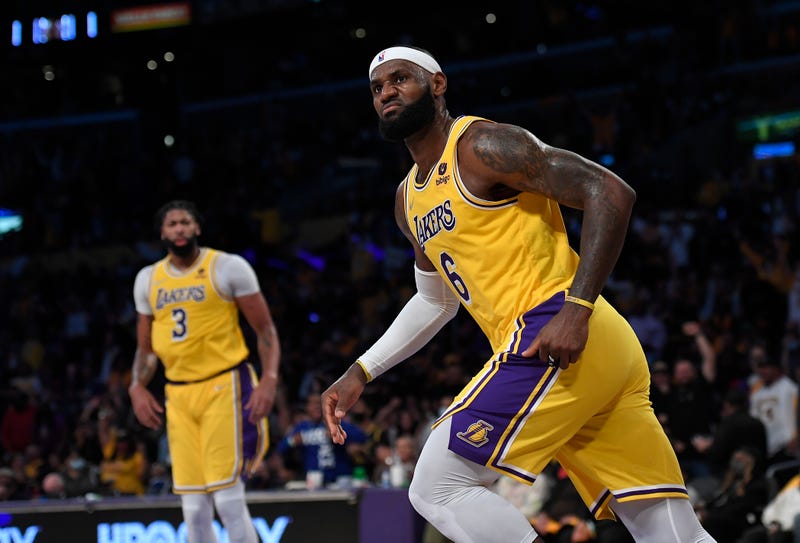 The NBA regular season has arrived, and the retooled Los Angeles Lakers -- featuring superstars LeBron James, Anthony Davis, and Russell Westbrook -- aren't considered a lock to reach the NBA Finals or win a championship for the second time in three seasons.

But JR believes that a motivated James, coupled with two elite teammates, will make a deep playoff run and once again resemble a true title contender this season. Their window hasn't closed yet.

"Right now, this minute, this moment, I would favor the Los Angeles Lakers to win it all," JR said during Tuesday's edition of the JR SportBrief show. "They're going to go through their ups and downs. They'll probably win eight in a row, then lose five. People will go, 'What's going on?' Westbrook will be out there throwing up bricks. People will complain about his style, say he doesn't fit.

"Ultimately, this team has a leader [in James] who's won a championship. They have an ancillary player in Anthony Davis -- yeah, he's hurt himself a lot -- but he has championship experience. They've gone through it, and in a difficult circumstance in the bubble... They've got the best shot to go to the Finals. Too many stars, too much depth."

The Lakers' season opener didn't go according to plan for one of their stars. Although James and Davis combined to score 67 points with 22 rebounds, Westbrook struggled in his Hollywood debut on Tuesday, scoring just eight points with a plus-minus of minus-23 in the team's 121-114 home loss to the Golden State Warriors.

Following the game, James told reporters that he consoled Westbrook in the locker room, and offered a similar pep talk that Davis received when he joined the Lakers in 2019. "I told Russ to go home and watch a comedy," James said. "Do something that can put a smile on his face. He's so hard on himself. I told him, 'Don't be so hard on yourself. It's one game.'"

Los Angeles (0-1) will play its next game at home against the defending West champion Phoenix Suns on Friday. According to FiveThirtyEight's projections, the Lakers currently have a 45-percent chance to reach the playoffs.

JR's complete thoughts on the Lakers and NBA season can be accessed in the audio player above.