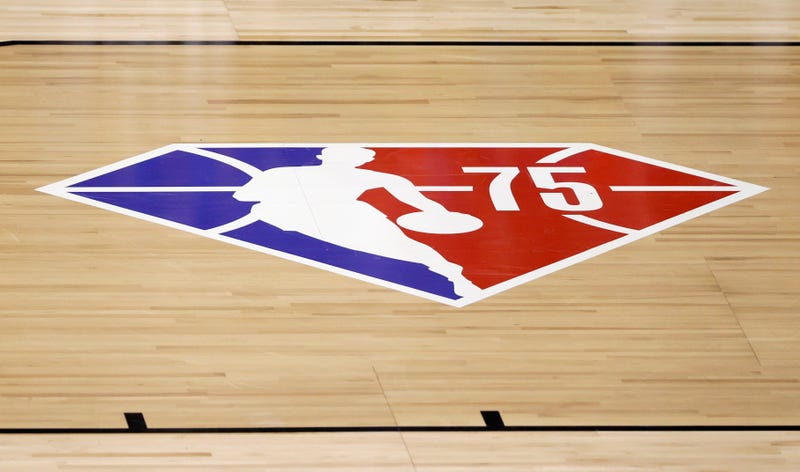 Unvaccinated NBA players could lose millions of dollars this coming season. The league announced on Wednesday that players who've yet to receive at least one vaccine shot won't be paid for games they miss due to local health codes and mandates.

A handful of stars -- such as Kyrie Irving, Bradley Beal, and Andrew Wiggins -- have publicly addressed the league's new rules, and received considerable backlash for their anti-vaccination viewpoints. During Wednesday's edition of the JR SportBrief show, JR discussed the NBA's complicated situation.

"I think this is such a massive story because everybody just went back to work," JR said. "I don't think that vaccination rates, or whether players get vaccinated or not, will have a major impact on who wins the championship. Everybody can focus in on the vaccines now, Kyrie Irving now. But months from now, I think this conversation will be forgotten...

"I don't think vaccination status decides who wins the championship this year. I think it's big news, I think it's a big story right now because everybody's just getting back to work. Once we get to some actual games, we'll have some news, here or there. But I believe it'll be business as usual. I think that we'll eventually have more players who get vaccinated."

The most recent report says that 90-percent of the NBA is fully vaccinated. Although the league isn't mandating players to get vaccinations, New York and San Francisco are two cities that have vaccine mandates. Last month, New York City mayor Bill de Blasio issued an executive order that requires New York-resident athletes who practice or play indoors to show proof of at least one vaccine shot.

Irving didn't attend Brooklyn Nets media day on Monday due to the city's COVID-19 protocols, and in a virtual press conference, he requested privacy when asked about his vaccination status. If he remains unvaccinated, Irving would lose over $400,000 for each game missed under the league's policy. Last week, the NBA denied Wiggins' request for religious exemption from the vaccine.

JR's complete thoughts on the NBA and the league's vaccination situation can be accessed in the audio player above.