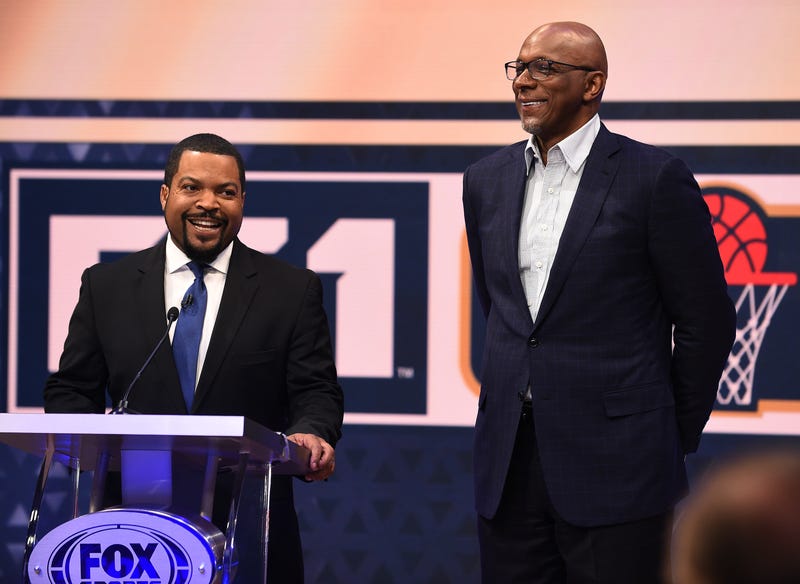 And so the question still remains: when will Hammon, or another qualified candidate, shatter the glass ceiling and be given an opportunity to coach at the highest level? The answer is very soon, according to BIG3 basketball leaders Ice Cube and Clyde Drexler.

"I think we're right there," Drexler told The Zach Gelb Show on Friday. "And not only is Becky a good candidate, but [BIG3 coaches] Nancy Lieberman and Lisa Leslie are excellent candidates. Lisa won the championship last season, and she's proven that she can win at a championship level. Nancy and Lisa are the top-two names, along with Becky.

"If those women haven't proven they've been winners their whole lives, then I don't know what else they can do to become more qualified. But we're right around the corner from that happening, and it'll be a great day when it does... We've got two women who are championship-level coaches in the BIG3."

Hammon, who joined the Spurs' coaching staff in 2014, was a finalist for the Portland Trail Blazers' job back in June. The 44-year-old played 16 seasons in the WNBA for the New York Liberty and San Antonio Stars, and was named a six-time league All-Star and two-time All-WNBA first-team selection. Hammon has also coached the Spurs' summer league team.

Lieberman, a Naismith Hall of Famer, became the first woman to coach a men's professional basketball team -- the NBA G League's Texas Legends -- back in 2009. Six years later, she joined the Sacramento Kings' coaching staff, becoming the second female to serve as an assistant in the NBA.

As for Leslie, who joined the Hall of Fame in 2015, she spent 12 seasons in the WNBA, winning three MVP awards and reaching eight All-Star Games. Leslie also helped lead the U.S. women's team to four Olympic gold medals, and holds career records for points (488), rebounds (241), and blocks (37).

The entire basketball conversation between Ice Cube, Drexler, and Gelb can be accessed in the audio player above.