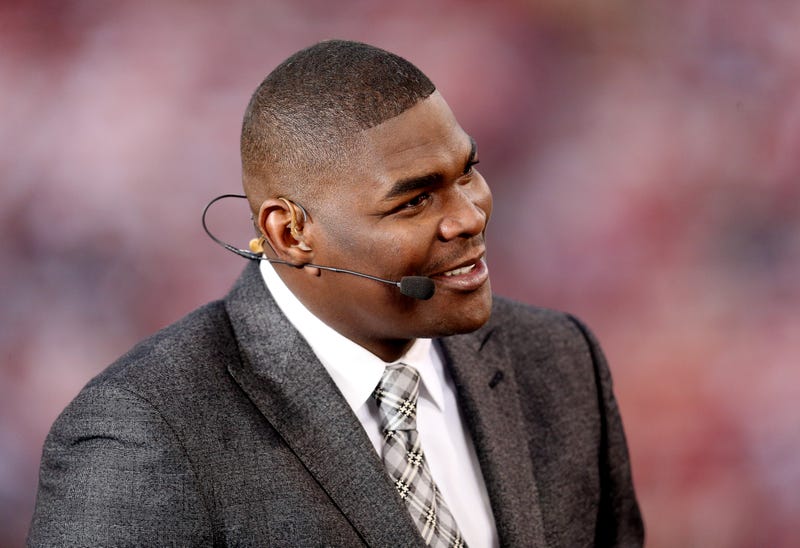 USC is in the midst of searching for a new head coach, as athletic director Mike Bohn announced the firing of Clay Helton on Sept. 13 -- just two days after the team laid an egg at home to unranked Stanford.

Who will help restore the Trojans' status as a national power? This question doesn't have an answer yet -- the school is conducting a "national search" for coaching candidates. Former USC receiver Keyshawn Johnson only hopes that the school leaves its comfort zone during the critical interview process.

"One of the biggest problems at USC is, we've had a lot of self-preservation since Pete Carroll left," Johnson told the Reiter Than You show on Friday. "No more self-preservation. No more of that. No more hiring buddies because we worked together 50 years ago. Let's find the right guy and get moving. I think the leadership group will be the right people, along with [Bohn], to get there.

"You can't keep watching kids in your backyard go play for other universities in a national spotlight and think you're going to have the fans, students, and alums support you. So, he's got to get it right -- there's no question about it."

Helton's tenure at USC was a disappointment. Although he led the program to a Rose Bowl win in his first year as the permanent head coach, back in 2016, he was unable to take advantage of the Pac-12's downturn. In six seasons, the Trojans won just one conference championship game, and failed to reach the coveted College Football Playoff once.

USC, unranked in the latest AP top-25 poll, will host Oregon State on Saturday night at the Coliseum. According to the William Hill Sportsbook, the Trojans currently have the third-best odds (+650) to win the Pac-12 title.

The entire conversation between Johnson and Reiter can be accessed in the audio player above.