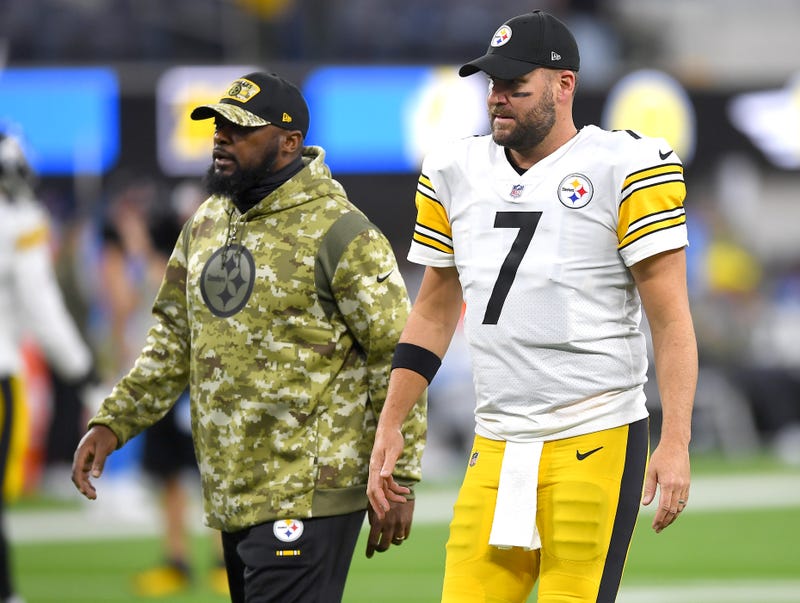 The Pittsburgh Steelers have found themselves stuck in football's purgatory, hampered by injuries, poor offensive performances, and a salary cap crunch. They're fortunate that, at 5-5-1 overall, a playoff berth is still within reach.

But the possibility of Mike Tomlin's streak of 14 non-losing seasons coming to an end this winter isn't the team's biggest concern. The Steelers are mired in the muck, without long-term solutions to glaring long-term issues. And their die-hard fans aren't oblivious to the lack of vision.

"There's a lot of searching for answers," Pittsburgh sportswriter Chris Adamski told After Hours with Amy Lawrence on Thursday. "For a franchise that's had so much stability over the second half of its history, there's sort of this period of a lot of uncertainty... Here they are, they've had this streak of non-losing seasons dating back to 2003, that's sort of in danger now. And after starting 11-0 last year, they're now 6-10-1.

"It's a lot things players who've been around for while aren't used to. Add into that, there's a lot of veterans gone from those teams that have been so good. There's been a lot of roster turnover... Now there's some adversity with how they've been playing, a lot of searching for answers... They've come back from losing streaks and adversity before. But there's an unknown because a lot of the voices, players that helped them dig out of past holes aren't there..."

Pittsburgh's troubles were on full display last Sunday. They were humiliated by the rival Cincinnati Bengals, 41-10, as veteran quarterback Ben Roethlisberger threw for 263 yards with one touchdown and two interceptions and produced a season-low 65.4 passer rating. Through 11 games, their offensive unit ranks 22nd in the NFL in average points (20.4), 22nd in total yards (325.5), 15th in passing yards (238.5), and 28th in rushing yards (87.1).

While speaking to reporters on Wednesday, Tomlin didn't mince words about his team's month-long skid. He noted that personnel and schematic changes are forthcoming, and players realize December is "put up or shut up time."

The Steelers, which sit in last place in a competitive AFC North race, will host the rival Baltimore Ravens (8-3) in a marquee Week 13 matchup this Sunday. According to FiveThirtyEight projections, the Steelers have just a 10-percent chance to reach the playoffs and a 2-percent chance to win the division.

The entire Steelers conversation between Adamski and Lawrence can be accessed in the audio player above.