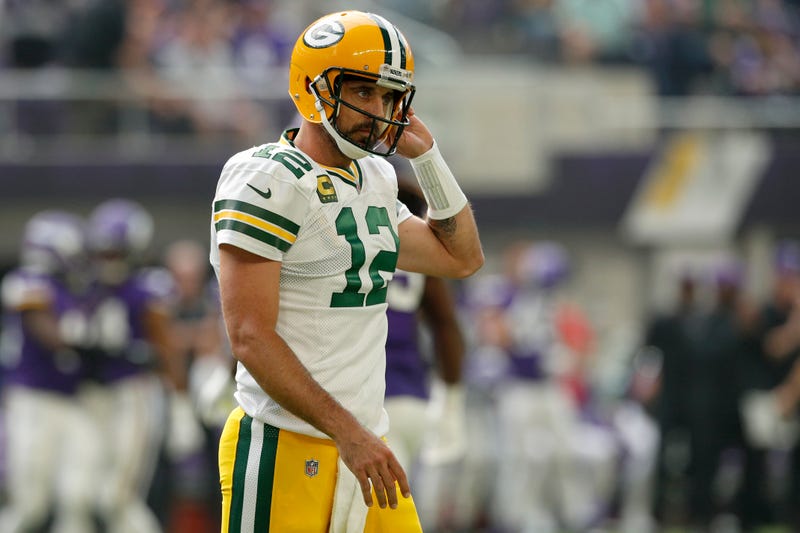 No. 1: The Packers are fine

Green Bay's philosophy of sitting starters during the preseason is just a ruse to give other NFC North teams false hope. Last year, the Packers fell 38-3 to the Saints in a game that was played in Jacksonville. Aaron Rodgers was 15-for-28 with 133 passing yards, zero touchdowns, and a pair of interceptions. They went on to win their next seven games and Rodgers won league MVP.

Rodgers went out of his way to mess with the division on Sunday. His young receivers were dicey and their offensive line was a mess. And yet, they kind of hung around in a 23-7 loss to the rival Vikings. "We had a lot of chances," Rodgers said after the game. "We had a lot of opportunities to score more than seven points." When he says things will be okay, we should listen.

But you know who we should feel bad for? The Bears. They're coming off a big win and feeling confident, only to have their souls ripped out by Rodgers and his Peaky Blinders haircut on national television next Sunday night.

What’s the all-time record for a bandwagon clearing out? Trey Lance was a popular MVP pick. He had a bad game on a garbage field during a torrential downpour, and now everyone can't wait to get Jimmy Garoppolo back. We couldn't even see what Lance was doing because two cameramen at Solider Field drowned and the remaining guy couldn't clean his lenses fast enough.

49ers head coach Kyle Shanahan stayed conservative with Lance because they didn't need offense. Their defense should've completely stopped the Bears but the defense gave them life with terrible penalties. How could Lance get into a rhythm? We'll see a new Lance next Sunday against the Seahawks when Shanahan shows the world what he can do with a mobile quarterback.

Dak Prescott's significant right thumb injury takes the pressure off Cowboys coach Mike McCarthy. And it also makes the fantasy of hiring Sean Payton to save the day even less likely. Nobody should grill McCarthy if he's stuck with Cooper Rush or a veteran off the street under center. Dallas has problems all over its roster. The offensive line struggled in a 19-3 loss to the Buccaneers, and the lack of receivers doomed the passing game.

Everything that we thought could go wrong with the Cowboys did on Sunday night. Is Payton really going to leave the booth for this team? He might have his choice of five or six teams with equivalent talent levels. Even if he does go to Dallas, can he overcome the personnel issues created by Jerry Jones? 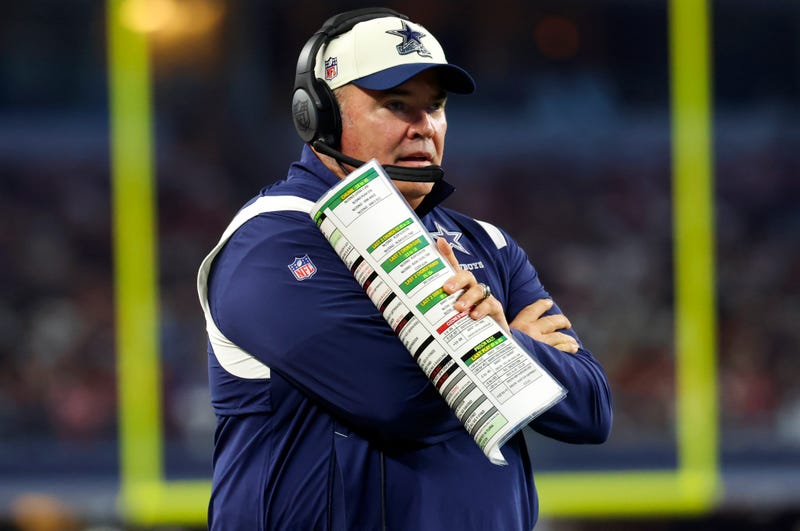 No. 4: Teams should draft kickers... and long-snappers

When the Titans were driving for the game-winning field goal, the FOX camera turned to the kicker warming up. I thought, "That guy looks exactly like Randy Bullock." As it turns out, it was Bullock, and he did what Bullock does: miss a game-winner and break hearts. But, he wasn't alone on Sunday. Colts kicker Rodrigo Blankenship cost his team a victory over the rival Texans. The Bengals and Steelers traded blown game-winners. Even last year's breakout star Evan McPherson struggled for the defending AFC champions, although their long-snapping situation was to blame.

NFL parity is overwhelming. Games are coming down to the wire and teams have to put value into the position. That means drafting them, paying them, and making sure you come out of training camp with a long-snapper. Not like the Bucs taking Roberto Aguayo in the second round of the 2016 draft. More like the Browns selecting rookie Cade York in the fourth round, and watching him bang the 58-yard game-winner like it was an extra point.

No. 5: I could be a defensive coordinator

Larry David insists he could be the Jets offensive coordinator. After Week 1 in the Meadowlands, he actually might be onto something. So, why can't I run a defense? Can somebody explain to me why the Packers' defense didn't focus more on covering Vikings superstar receiver Justin Jefferson? He didn't have a defender in the same frame on his second touchdown.

Some teams have a No. 1 target who's so far ahead of the rest of the team, it seems obvious that defenses should double-team him. Obviously the Vikings with Jefferson, the Rams with Cooper Kupp, the Bengals with Ja'Marr Chase, and now the Eagles with A.J. Brown.

Bill Belichick's famous strategy was taking out the other team's best weapon. Hire me, and I guarantee Jefferson doesn't have 184 yards receiving. The rest of the team would probably rack up 73 points, and there's most likely a locker room mutiny at halftime. But the No. 1 receiver won't be the reason. 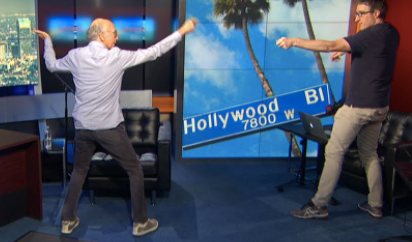 No. 6: The NFL should realign

The AFC South has produced one championship team since its inception in 2002 -- the 2007 Colts. They could go a long time without getting another.
Sunday was particularly bad for the conference's doormat. The AFC South gets the NFC East this season, which should equal easy wins. But the Titans lost at home to the Giants, and the Jags fell to former AFC South quarterback Carson Wentz and the Commanders.

But the low point was Texas coach Lovie Smith opting to punt on a 4th-and-3 at the Colts’ 49-yard line with 26 seconds left in overtime. Houston settled for a tie, which meant no team in the division came away with the win. The Colts will probably figure things out and win this division, but they don't look like a team that can win a playoff game. Indianapolis' version of Matt Ryan seems like Philip Rivers taking over the Colts, Part II.

Europeans don't understand the NFL because the rules are too complicated, and I get it. Jameis Winston was called for intentional grounding late against the Falcons because he spiked the football when he didn't need to stop the clock. And Winston didn't realize the ball-carrier was ruled out of bounds on the previous play. But when Browns quarterback Jacoby Brissett delayed his spike, the officials opted not to call grounding. The missed call might've cost the Panthers the game. The best rule most of us didn't know was the illegal use of a towel penalty that pushed the Bears out of field goal territory. Did someone really write that rule down somewhere?

"Unsportsmanlike conduct. Chicago, #16. Brought a towel out on the field during the dead-ball period and wiped the field down. By rule that's illegal."

As of Monday, the Raiders are slated at +3.5 at home against the Cardinals on DraftKings. Did I miss something? The Raiders battled with a Chargers team that might have more talent than any team in the league. Arizona rolled over against the Tyreek Hill-less Chiefs. Even if J.J. Watt returns next week, their defense might be dead, after what happened on Sunday.

Is this line relatively close because the Cardinals are fast-starters? Clearly not, when DeAndre Hopkins isn't on the field. Las Vegas might be the fourth-best team in the AFC West, but that's good enough to be top two in almost any other division. Davante Adams, Hunter Renfrow, and Darren Waller will feast on Sunday.

No. 9: Who are we tanking for this week?

The Kentucky-Florida matchup on Saturday was supposed to be a possible battle of top-10 quarterbacks, between Will Levis and Anthony Richardson. Both signal-callers are big and physical, but Levis looked like the bona fide top-10 prospect for the Wildcats, while Richardson has more work to do this season with the Gators (although Richardson could still get there). You have to wonder if the Titans are watching Levis play in their backyard closely.

But the real guy to tank for is USC star Caleb Williams. He's completing 79.6 percent of his passes, plus he has six touchdowns and zero picks through two games. Teams just have to wait until 2024. Maybe he's a good plan for teams like the Jets, still figuring out what to do with Zach Wilson.

No coach rose higher in the likability rankings than Giants first-year leader Brian Daboll, who elected to go for two late and then put on a show in the locker room after the game. So... no T.J. Watt, maybe no quarterback, and no problem for Steelers? Mike Tomlin just won't be stopped from finishing .500 or better. The audio of Chris Boswell's missed field goal is the most satisfying sounds in sports.

Tyreek Hill on first-year Dolphins coach Mike McDaniel: "McDaniel's gonna need a wheel barrow for his nuts to carry them around." Bucs rookie punter Jake Camarda hit the scoreboard in Jerry World on his very first punt. They had to replay the down in that scenario, and he was then pushed down on the next attempt. Finally, on this third try, he booted it into the end zone for a very eventful debut. Had to be the longest punt play of all-time. Also, middle-aged dads have a new hero, and he wears plaid.