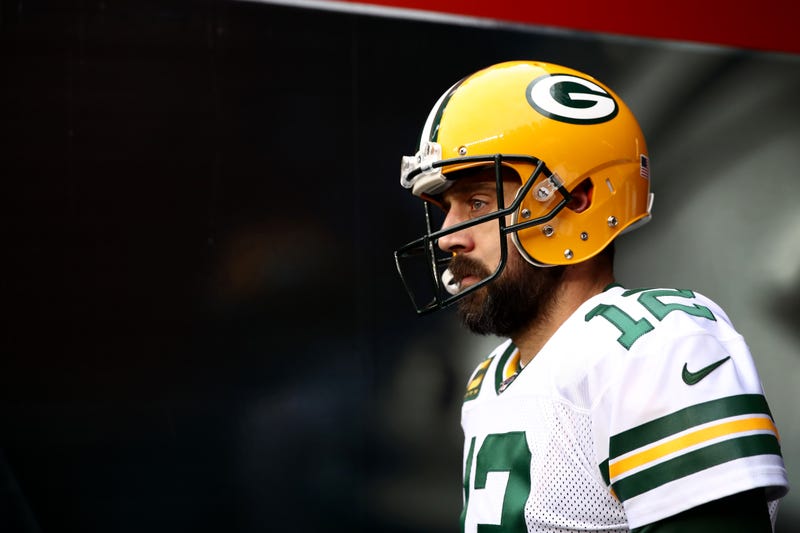 Aaron Rodgers' frustration with the Green Bay Packers has finally boiled over, and although this standoff seemed inevitable, one of the veteran quarterback's former teammates never expected the situation to become so dramatic and contentious.

"Maybe I wasn't asking enough questions when I was around him, when I talked to him, but honestly, I didn't see it coming," former Packers linebacker A.J. Hawk told the Tiki and Tierney show on Thursday. "It took me by surprise, just like a lot of other people. What a confusing, weird situation dropped like a bomb all the sudden on the day of the draft. I guess this would've come out probably eventually, when they realized [reporters] would probably ask the head coach like, 'Hey, is Aaron in your virtual offseason?' and he's obviously not, and you're not going to lie about it. Then all the sudden, the coach is getting peppered with a million questions, like, 'Oh, are there issues?' So, I guess whenever it came out, it was going to be a bombshell."

Last Friday, NFL Network's Ian Rapoport reported that Rodgers -- who won his third league MVP award in February -- is seriously considering retirement as an option unless the complicated situation with Green Bay is "repaired to his liking." Although this phrasing is ambiguous, Rapoport's news came roughly 24 hours after ESPN's Adam Schefter reported that the "disgruntled" Rodgers no longer wants to play for the Packers.

If the future Hall of Famer walks out on his own volition, and actually hangs up his cleats, he'd have to repay the Packers $11.5 million in each of the next two years, per Rapoport. But Hawk doesn't believe Rodgers is ready to call it quits.

"I said it earlier in the week, zero-percent chance I think Aaron retires, and I still stand by that," Hawk said. "I don't see it happening. The dude just won MVP. You saw how well he played, how much fun he was having out there. I just don't think, all of the sudden, you can turn that off and just go live your life... I still think he has plenty of good football left in him, and he wants to make sure that he's out there on the field somewhere."

That somewhere, of course, could be far away from Lambeau Field. According to a recent report from ESPN's Dianna Russini, there's a growing belief around the league that the Denver Broncos are the favorite to acquire Rodgers, should he be made available by Green Bay in the coming months.

Despite the rumors and information already made public, Hawk is holding out hope for Rodgers' return, and a peaceful resolution.

"It's going to be an uphill battle, for sure," Hawk said. "I think both sides have to figure something out. But I don't even know how you start the process or continue the process of what's been going on. I'm not sure what needs to be said or what needs to be done, or really what can be done, at this point... I think [true Packers fans are] just desperately hoping that something gets figured out and Aaron is still on the team. That's got to be in their minds, thinking like, 'Alright, yeah, this is crazy, things happen, it's business. But they're going to work things out eventually.' That's what people are hoping.

"I don't know how it does get resolved. I'm not sure, like I said, what needs to happen. But I think we can agree that it probably should've never gotten to this point, from both sides... I'm sure he absolutely would love to play his whole career in Green Bay. Whether that happens or not, I'm not sure right now."

Last season, Rodgers completed a career-high 70.7-percent of his passes for 4,299 yards with 48 touchdowns and just five interceptions. According to Spotrac.com, the 37-year-old has three years remaining on his contract with Green Bay, and his $37.2 million cap hit this upcoming season is expected to lead the entire league.

The entire Rodgers-Packers conversation between Hawk and Tiki and Tierney can be accessed in the audio player above.