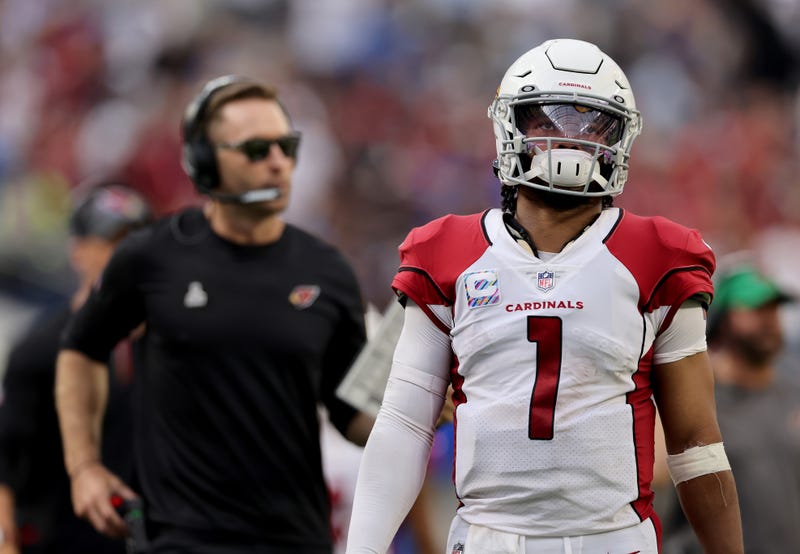 We're one month into an NFL season that's already seen some surprising storylines emerge. Urban Meyer is a disaster in Jacksonville, but that was to be expected. The Lions are winless under the very bro-tastic Dan Campbell, also not a shocker. The Packers, Buccaneers, and Rams have some of the best records in the NFC. We all had those three among the conference's elite. So, let's take a look at the stories, perhaps, we didn't see coming.

No. 4: The Cowboys defense is a strength. Last season, Dallas had its worst D in franchise history -- they gave up Texas-sized truckloads of points and yards. This year, expectations were low, but the reality has been far better. Rookie Micah Parsons has been a game-changer at linebacker and corner Trevon Diggs is one of the best ballhawks in the game. The pair has helped make the defensive side formidable, and changed the energy and passion of the unit. We know the Cowboys are full of offensive playmakers, and Dak Prescott is one of the best quarterbacks in the game right now. But the newly rebooted defense is the biggest story. They have a plus-29 point differential, which ranks third-best in the NFC.

No. 3: The Cardinals are the final undefeated team. Arizona actually looks the part of a contender. Kliff Kingsbury and the pint-sized Kyler Murray have always felt more flash than ferocity. Every Sunday, they produce fun, run-around-chuck-it-up touchdowns, but how does that last over the course of a full season? Thirteen wins over two seasons doesn't necessarily portend a Super Bowl run, but they're the last team standing without a loss. Their win over the Rams -- one of the best teams in football -- was an impressive effort, underscored by L.A.'s win in Seattle on Thursday. The Cardinals scored more points in their first four games than any other team in the league. Slow starts against the Jaguars and a gag by the Vikings is cause for some concern here. A possible second-half fade is still in play, but for now, they're getting it done.

No. 2: The Chargers have a head coach. The last 13 years have been a medley of Norv Turner, Mike McCoy and Anthony Lynn. All were inherently limited. All of them were boring and uninspired. Los Angeles finally did the right thing and hired a young offensive mind that had a spark and fire, and now they look like a Super Bowl team. Justin Herbert has been let loose by Brandon Staley, a Sean McVay disciple with the same type of aggressive play-calling. The Chargers have made the playoffs twice in nine years, searching for a coach that can take advantage of their perennially talented roster. It's early, but with wins over the Chiefs and Raiders, the Bolts have earned their stripes at the top of a brutal AFC West.

No. 1: Seasons have already died in Pittsburgh, Indianapolis, Miami, and New England. The Patriots and Steelers have been playoff mainstays for years. The Colts had built one of the most complete rosters. The Dolphins were supposedly improved over a 10-6 team from a year ago. All four are now toast, as the playoffs have already faded from the rearview by the first week of October. Ben Roethlisberger is washed up, while his offensive line and running game are some of the least productive in the AFC. The Patriots have already lost three home games, and matchups against the Cowboys, Bolts, Titans, Panthers, and Browns are still coming. They also have two games against the powerful Bills. A sub-.500 campaign is likely for Bill Belichick (again) after an offseason spending spree. And Carson Wentz's inconsistency has been a problem, as the schedule-makers took out their frustrations on Indy. The Colts began with the Seahawks, Rams, and Titans (0-3), and now have the Ravens, Titans, and 49ers in three of the next four. A 2-6 or 3-5 first-half of the season likely buries the Colts. For a quartet of playoff hopefuls, September was an early Halloween.